World after the pandemic

* Any large shock can have diverse effects, depending on the state of the world at the time and how human beings react — with fear, denial or adaptation 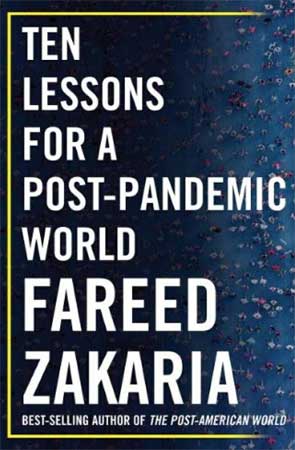 The Covid-19 pandemic shook the world from the core. Not only were individuals affected for they had to reset their schedules, the corporate, public, private, and political sectors along with all major areas of society and the government were disrupted as well. The pandemic did hit us at the physical, emotional, mental, and spiritual levels. The year 2020 was an unlivable year, to be honest. Fareed Zakaria reflects on what the world would look like during the post-pandemic era. He shares key lessons in his book, ‘Lessons for a Post-Pandemic World’, pointing out strategies we need to adapt to in order to survive and succeed in this new post-pandemic age. These lessons can be viewed as tactical guidelines that individuals, groups, communities, societies, nations, and the world-at-large should follow. In the book’s introduction, titled ‘The Bat Effect’, Zakaria writes, “This is a book not about the pandemic, but rather about the world that is coming into being as a result of the pandemic and – more importantly – our responses to it. Any large shock can have diverse effects, depending on the state of the world at the time and how human beings react – with fear or denial or adaptation. In the case of the novel coronavirus, the impact is being shaped by the reality that the world is deeply interconnected, that most countries were unprepared for the pandemic, and that in its wake, many of them – including the world’s richest nations – shut down their societies and economies in a manner unprecedented in human history.”

While the book presents interesting insights into how the world will change, the fifth chapter, ‘Life is Digital,’ might attract the attention of the readers – especially millennials and professionals working in digital media. Zakaria discusses the timeline that the world followed when it was transitioning into a digital economy. He begins from the time when the ARPANET (The Advanced Research Projects Agency Network) was created in the 1960s and gives references to how leading tech companies, that continue to dominate the market, lead a digital revolution. Zakaria writes, “Hollywood studios would have never dreamed of debuting a big-budget movie through a streaming service.” He also ponders on how artificial intelligence (AI) will and is already beginning to reshape how industries function.

In the succeeding chapter, Zakaria argues that while the world population has grown exponentially over the last many centuries, technology has aided humans to work from the confinements of their homes during the lockdown

In the succeeding chapter, Zakaria argues that while the world population has grown exponentially over the last many centuries, technology has aided humans to work from the confinements of their homes during the lockdown. He shares that despite being under isolation, humans continued to show their ability to remain social animals.

The last lines of the concluding chapter, ‘Nothing is Written,’ will surely send the readers into a state of introspection. Zakaria writes, “It has opened up a path to a new world. It’s ours to take that opportunity or squander it. Nothing is written.” Zakaria, based on his vast knowledge of current affairs and insights into the changing world, is signalling how the world may never be the same again. ‘Nothing is written’ is not just a phrase but also a statement, a notion, a perspective. It brings to light the numerous possibilities we have to explore with our curious minds. The pandemic transformed our lives. The post-pandemic era will be an extension of the same but with our confidence, intellect, and inquisitiveness guiding us into the unknown world.