‘The Truffle Hunters’ — in dogged pursuit of culinary gold

* Maybe truffle hunting is a pretext for man and his best friend to have a little time together, away from the noise of civilisation 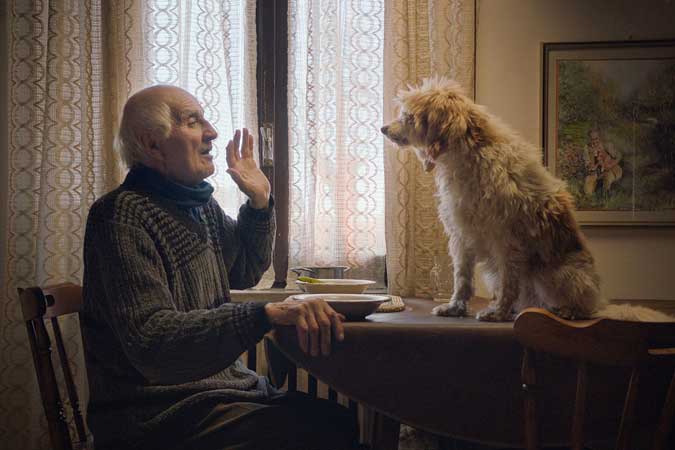 The history of human gastronomy is full of mysteries. Who figured out that an oyster was something to eat? That fruit juice left sitting around for a while would get you drunk? That a kid would eat the middle of an Oreo first? I am now convinced that these imponderables pale in comparison to the question of the truffle. How did this subterranean fungus, the best specimens of which look like woebegone potatoes, come to be among the most prized and pricey of delicacies?

I am not sure that any of the human characters in ‘The Truffle Hunters,’ a charming and slyly poignant documentary by Michael Dweck and Gregory Kershaw, have the answers. Not the portly, well-dressed gentleman who assays the truffles with the hard eye of a jeweller and later tucks into a plate of fried eggs and fonduta topped with a good 50 dollars’ worth of shavings. Not the broker who meets his sources on dark street corners at night, offering them 150 euros per hundred grams for what he will sell, over the phone the next day, for more than three times as much. 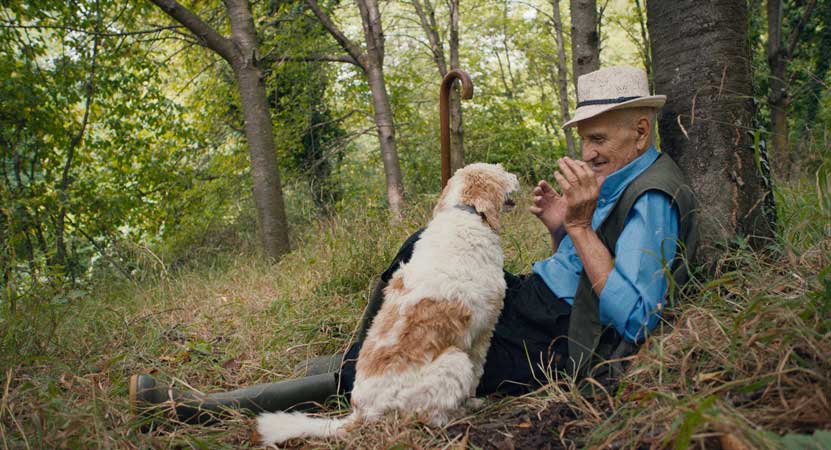 Not even the men named in the title – guys mostly in their 70s and 80s, who have devoted much of their lives to pursuing these magic blobs – fully grasp the secrets of the truffles. I am certain that their dogs do, however. It’s the dogs who catch the scent of buried treasure amid the mulch and moss of the northern Italian forests and who dig furiously with their paws. Why do they do this? Why does a dog do anything?

Without spoiling the delicate mood with narration or straight-to-camera interviews, Dweck and Kershaw bring us into the company of a band of idiosyncratic adherents to an ancient way of life

Pliny the Elder, the author of ‘Naturalis Historia,’ an encyclopedia of Roman knowledge, wrote that truffles were “marvels of Nature.” Eventually other people found out, and a global trade was born, devoted to a commodity that resists cultivation and that grows only in a particular corner of the world. (We’re talking about Piedmontese white truffles here, not the black ones from France that are disinterred by pigs. That would be a whole different movie.)

‘The Truffle Hunters’ observes the local dimensions of that trade. Without spoiling the delicate mood with narration or straight-to-camera interviews, Dweck and Kershaw bring us into the company of a band of idiosyncratic adherents to an ancient way of life. Truffle hunting is not all they do – one plays the drums; another, who is grumpily retired, bangs out angry poems on his Olivetti – but it defines their view of the world. And like many people rooted in traditional, rural practices, they tend toward pessimism and sometimes justified paranoia. There are unseen people out there poisoning dogs and encroaching on the hunters’ traditional turf. Prices are unstable. Middlemen can’t be trusted. Things are not like they used to be.

This perspective, one must assume, is not shared by the dogs. They – Birba, Fiona, Titina, Ettore and others – are the real stars of this enchanting, elusive film. Aurelio, a human hunter well into his 80s, explains that because he has Birba, a slender blond hound, he has never needed a wife. He does, however, hope to find a woman to whom he can bequeath his house and the care of his loyal canine companion. Franco, who is married, sneaks away with his dog, Titina, on night-time truffle expeditions even after his wife forbids it.

Maybe truffle hunting is a pretext for man and his best friend to have a little time together, away from the noise of civilization. Once again, though, the dogs may see it differently. Some of the most astonishing and dizzying sequences in ‘The Truffle Hunters’ show us exactly what the dogs do see, by means of a camera mounted just above muzzle level. The underbrush rushes by, and suddenly we’re poised above a patch of dirt and frantically digging paws. A human hand snatches the thing we were chasing as soon as we’ve found it, and off we go again.

This is an intriguing movie, as far as it goes. If I were a dog, I might object – in a friendly way, of course. But since I am not a dog, it will sit at the top of my list of essential truffle movies, at least until Birba decides to direct one herself. That film will have all the answers. Courtesy