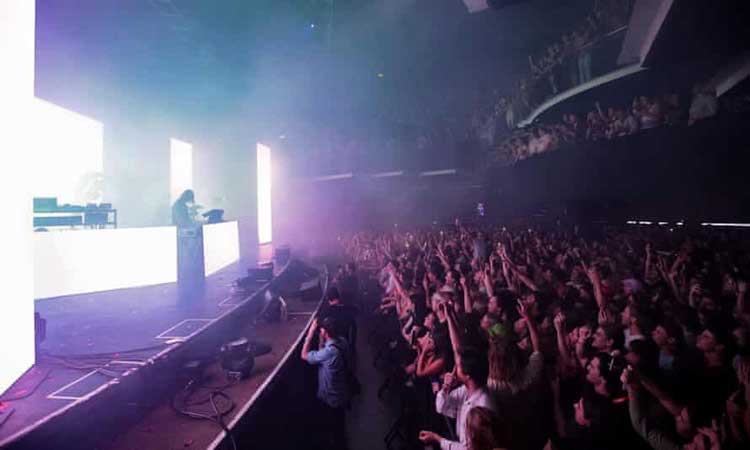 It’s not just the sheer number of people at Perth’s Metro City (my guess is it’s around 1000) that shocks me, it’s that everyone’s standing – something that, as a Sydneysider, I haven’t seen at a gig since those carefree BC (before Covid) days of early 2020. You can dance too and, if you want, hold a drink at the same time.

It’s hard not to feel a little uneasy in the venue’s soupy humidity. But in a city where they’ve barely had to worry about the coronavirus for the past 10 months, it’s an incredible privilege to be standing here, drink in hand, dancing with all the coordination of an astronaut who’s just returned to Earth.

We’ve all gathered for something called the SNACK Weekender, which features a line-up of mainly DJs but, really, most of us are here to see Tame Impala Sound System. It’s only the second time this iteration of WA’s psych-rock icons have played live to a crowd – the first being the night before.

If you watched Tame Impala’s ‘Like a Version’ performance for triple j in December, or the sets they recorded last year for NPR’s Tiny Desk (Home) Concert and BBC Live Lounge, you know what it looks like: with two of the band’s touring members in other countries, it’s what Kevin Parker developed, alongside Tame members Jay Watson and Dominic Simper, during lockdown. 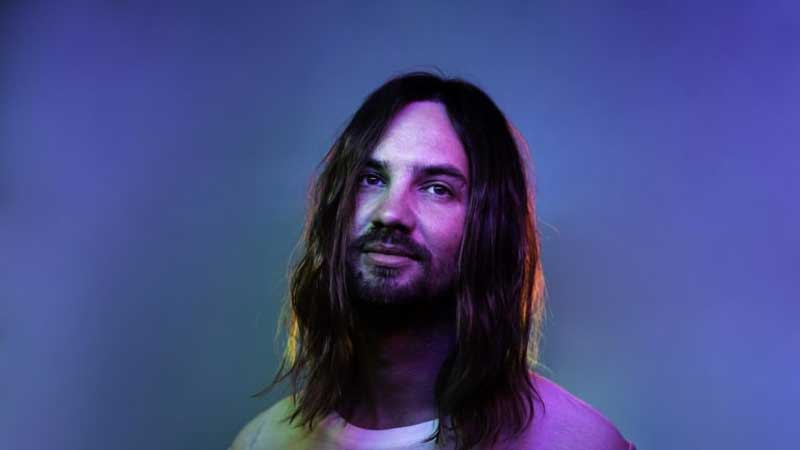 Wait, why does it matter though, you ask? Because this isn’t just a different setup, but a reimagining of what Tame Impala sounds like. Gone are the bass, the guitars, and the drum kit. In their place are stacks of synthesisers, samplers, drum machines, and a DJ mixer which Parker seemingly runs everything through.

“I’m so happy that we’re all together,” exclaims Tame Impala’s frontman during set opener ‘Apocalypse Dream’, a propulsive song which, in its recorded version, owes a debt to ’60s psychedelia, but tonight is transformed into a thumping dance number with swirling, arpeggiated synthesisers and a full-bodied kick drum. It’s a harbinger of what the next 90 minutes will sound like. My friend Caitlin turns to me and says, “Tame Impala are probably the biggest band in the world playing a gig right now.” Pre-Covid, their live show was a juggernaut: a well-oiled, high production machine. Tonight’s set is positively lo-fi in comparison: three guys on stage with racks of analog gear, shrouded in smoke, surrounded by screens that display dancing skeletons, melting colours, and janky animations of an ice skater and a neutron star. From Daft Punk flavours in ‘Endors Toi’ to the rail-rattling acid house breakdown of ‘Breathe Deeper’, and the keyboard sounds across many of the songs from the latest Tame Impala album, ‘The Slow Rush’, what’s evident tonight is Kevin Parker’s love of, and reverence for, ’90s electronic music. Not only that, but the way the set is constructed, with each song transitioning into the other, Parker crushing and crunching sounds with his DJ mixer, it’s evident he knows how dance music should ebb and flow. That’s not something which has come across on record. Perhaps primed by a very unexpected 60 second cover of ‘Thunderstruck’, the night’s euphoric apex arrives with Tame Impala’s magnum opus ‘Let It Happen’, a club track that’s always masqueraded as a psychedelic rock song. Now the crowd really starts to move, singing along while Parker drops the music out like he’s a DJ at a New Year’s Eve party, confetti cannons firing. He’s enjoying himself so much that he even starts to air-guitar, before catching himself and hiding his hands behind his back.

Sure, some of the set misses the mark: the vocals on ‘Why Won’t You Make Up Your Mind’ waver in and out of key, there are technical errors and the occasional electrical crackle from the microphone. It’s only their second time playing this way; there are bound to be mistakes. But their transformation into a dance music trio unequivocally works. It’s such a joy to experience it, especially as I’ve secretly hoped for years they’d morph into sounding like the Chemical Brothers. On ‘One More Year’, Kevin Parker sings “if there was a trouble in the world we didn’t know / If we had a care, it didn’t show”. With most other countries still grappling with the coronavirus pandemic, those lines may as well be about all of us tonight, dancing closer to strangers than we have in a really long time, to a familiar soundtrack performed in a fantastic new way.