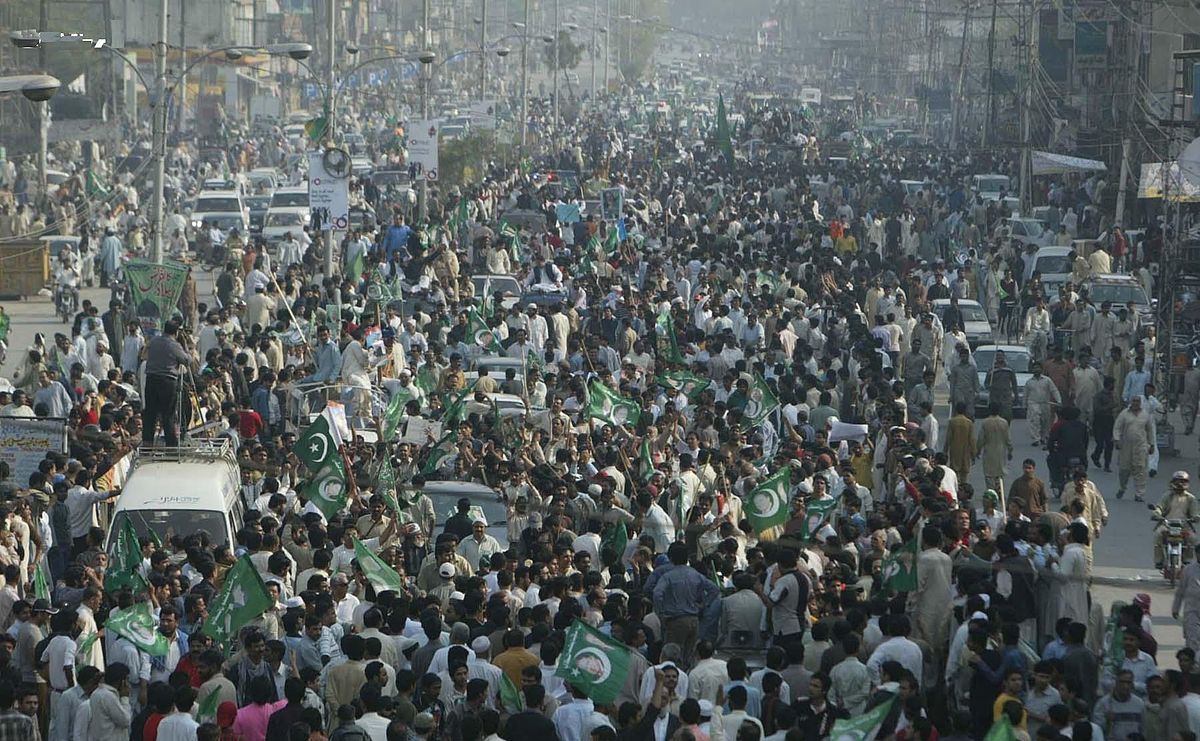 The PML-N will hold an important meeting to discuss plans related to the anti-government long march which will be organized by the Pakistan Democratic Movement (PDM) on Sunday (today).

According to PML-N spokesperson Maryam Aurangzeb, the meeting will be held at the party office in Chak Shehzad at 1:30 pm.

Earlier, Prime Minister Imran Khan Saturday won the confidence of the National Assembly by securing 178 votes from the members of the Lower House at a special session.

Imran Khan required 172 votes to win the confidence vote in the 342-member House. The ruling coalition had 181 members but after the resignation of Faisal Vawda, the number strength dropped to 180, while the opposition coalition has 160 members in the House.

National Assembly Speaker Asad Qaisar announced the result and said Imran Khan became the prime minister of Pakistan after securing 176 votes in August 2018. “MashAllah now he has got 178 votes.”

This is the first time that a prime minister has gone for a vote of confidence after the passage of the 18th Amendment.

During his address on the floor of the House after securing the vote of confidence, Imran Khan expressed his gratitude towards MNAs and allies for supporting him. He maintained that he knew of many individual MNAs who tried hard to attend the session, including some who were unable to come because of health problems.

In his address, Imran Khan said corruption is the biggest problem for the country, and his government would support the judiciary and the National Accountability Bureau (NAB) for convicting corrupt politicians. “The society has to fight against corruption and decide it will not allow corruption. We have to raise our moral standards to fight the menace, and create a fair and just society.”

The prime minister sought the support of society in the fight against corruption to save the future generations from corrupt politicians, who had been looting the country for the last 30 years. He said Pakistan was not made for the billionaires like Nawaz Sharif and Asif Ali Zardari. The latter is known as a corrupt person and the former has been declared a proclaimed offender after he left the country after looting the public wealth, he said. “Nawaz Sharif, who went abroad on medical grounds, is now making political plans and delivering speeches from there,” he added.

Imran Khan said both Nawaz Sharif and Asif Ali Zardari, while in government, plundered the public money and took the country’s debt from Rs 6,000 billion to Rs 30,000 billion. The corruption cases against the two persons were made in the previous regimes, he remarked.

He said Yousaf Raza Gilani (as prime minister) refused to write a letter to the Swiss authorities on the court’s orders for the recovery of $ 60 billion stashed in the bank accounts of Switzerland. “Now the thieves and corrupt elements are trying to put pressure on him to get an NRO, but I will continue my fight against them,” he stated.

Imran Khan said the two opposition parties are led by the princes, who have never earned their livelihoods. He said the people refused to come out on the roads in Lahore on the call of the opposition parties, which only wanted to save the looted public wealth. He pointed out that the assets of Yousaf Raza Gilani had increased disproportionately during his term as prime minister. Gilani was a corrupt person and his assets should be reviewed, he remarked.

Imran Khan urged the Election Commission of Pakistan to take a secret briefing from the intelligence agencies so that it could know as to how much money was used in the Senate elections. “I knew for the last one month that money is being used for the Senate seats and now I am amazed to hear that the Election Commission is saying that it held a good Senate election,” he said. “If this is a good election then what is a bad election,” he wondered.

The prime minister said the opposition parties agreed to open ballot in the elections when they had signed the Charter of Democracy but then they backtracked. Blaming the opposition parties for all ills of the country, he said in their decade of ‘darkness’, they had destroyed the institutions, piled a record current account deficit and budget deficit, and signed expensive power and gas contracts. “Even if I am left alone, I will fight against these corrupt elements. I am a captain and I fought till the last ball and I will fight till the last ball.”

Imran Khan recalled that the Pakistan Steel Mills was a profitable institution but during the government of Zardari it had incurred a loss of Rs 8 billion. He said the opposition leaders worked abroad and used their jobs to launder money. The sons of Nawaz Sharif had billions of dollars worth of properties in the United Kingdom and they even refused to be called Pakistani citizens, he added.

The prime minister said the country’s debt was a symptom of the disease of corruption. That disease destroyed the nation morally, which led to an economic disaster, he commented. “Tell me of one country which is poor despite having high moral standards. There is no country, which is prosperous under corrupt leadership.”

The prime minister said Pakistan was on the grey list of the Financial Action Task Force (FATF) during the regime of the Pakistan Muslim League-Nawaz. “When we were trying to bring the FATF related legislation, the opposition tried to get passed 34 amendments in the National Accountability Ordinance (NAB),” he said. “We should never forget as to why Pakistan was created. Making of Pakistan was a dream of Allama Iqbal, who had envisioned a welfare state,” he added.

Imran Khan said at present Pakistan has gained economic stability as the rupee is stable despite the coronavirus pandemic. “The problem is that half of the government’s revenue is being spent on paying off loans. Our next challenge is to increase economic growth through exports,” he said, adding the overseas Pakistanis have sent record foreign remittances in recent months.

Imran Khan assured that the government was focused on bringing investment as record number of companies had been registered with the Securities and Exchange Commission of Pakistan (SECP). However, he said, the expensive power agreements were a problem for the government. “If electricity rates are increased, it will add to financial difficulties of the people and cause further price hikes, and if they are kept at the present rates, it will hike the circular debt,” he added. The government in its new agreement with the independent power producers, he said, would save public money and stop the rise in circular debt.

The prime minister said inflation was a major issue and the reason for price hikes was the devaluing of rupee against the dollar which went up from Rs 107 to Rs 160. The government, however, was focused on bringing down prices and it signed a cheaper contract for gas to facilitate the citizens. “We are trying our best to lessen the burden of price hikes on the common man. We will initiate new programmes and give direct financial assistance to the poor people through the Ehsaas Programme. We will introduce a programme to ensure that nobody in the country sleeps hungry. We have chosen areas for opening of kitchens to provide food to the poor people.”

Imran Khan said all citizens in Khyber Pakhtunkhwa were given health insurance cards while the same would be given to the whole of Punjab by the end of current year. “Every person would have an insurance of Rs 1 million to get medical treatment in any hospital. The government would provide all basic facilities to the citizens,” he vowed. The focus, he added, would also be on improving agriculture and conditions of farmers by launching of new schemes. Mega projects like the Ravi Urban Development Project and commercial district in Lahore, and Bundle islands in Sindh would generate economic activity, protect the environment and create wealth to pay off the debts. Two mega Bhasha and Mohmand dams would be constructed with the aim to boost the economy, he added.

Imran Khan said with the help of China, the government would hike the agriculture yield, and utilize talent and potential of the young population by equipping them with technology and skills. He said electoral reforms and electronic voting machines would be introduced to ensure transparency in the elections and give overseas Pakistanis the right to vote.