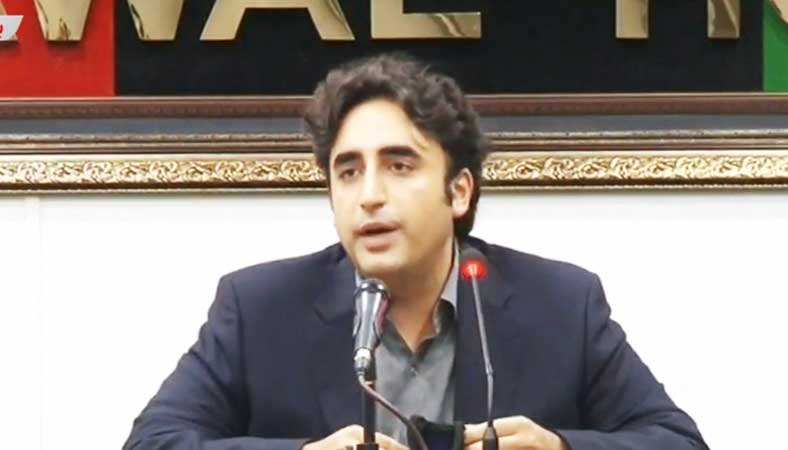 The leaders of the Pakistan Democratic Movement (PDM) on Saturday rejected Prime Minister Imran Khan’s victory after the motion for a vote of confidence was successfully passed in National Assembly, saying they have now ‘exposed the puppet government’, a private TV channel reported.

Speaking to media in Islamabad after a meeting between the alliance, PML-N Vice President Maryam Nawaz said that Imran Khan’s days are numbered and that he is trying to save his rule with whatever means possible. “The vote of confidence is false,” she said, and alleged that the vote was secured at ‘gunpoint’. She said that ahead of the vote, the parliament lodges had turned into a ‘bunker’ with armed guards patrolling them.

Maryam lashed out at the PTI for the incident that took place outside the parliament building in which PML-N leaders were allegedly targeted by the ruling party supporters. “My head is held high with pride, how you confronted a few dozen rented goons and forced them to run,” she told the PML-N leaders. “You told the nation that the nation’s representatives, lions, can overwhelm a few dozen goons.”

Maryam said she was not surprised to see the visuals of the scuffle on television, saying “when a jackal’s death comes then it runs towards the city”. She said when the PTI was in the opposition, its supporters “did hooliganism on the parliament like this and now that they’re in government, even if through a false manner, they exhibited the same hooliganism today”. “So I’m happy that instead of us, they themselves told the 220 million people who were watching their hooliganism live on TV that they’re immensely worried and that they may have taken the fake vote of confidence but they’re on their way out,” she added.

PPP Chairman Bilawal Bhutto-Zardari said that opposition nominee Yousaf Raza Gilani’s victory in one Senate seat has “exposed the puppet system”. “We have proved that the prime minister has lost the majority by winning one senate seat.”

He claimed that the president has also accepted that the government does not enjoy the majority’s support in the House. “The PDM will now decide for how long the PM and Speaker will sit on their seats,” he added.

The PPP chairman also regretted that the prime minister, who is the leader of the entire House – both government and opposition members – did not condemn the violence that took place outside parliament.

Speaking to the media in Sukkur shortly after the NA session concluded, Rehman said the constitution clearly stated that the president can summon a session “if he believes that the prime minister does not hold majority”. “Here, the session was called over a summary by the fake prime minister. Summary is not involved in summoning such sessions, all of this is a drama,” said the JUI-F chief, who is not part of the NA. “We don’t accept the Assembly session, nor do we accept the confidence vote. This was not a confidence vote. We know which agencies watched the members of the assembly the entire night. [We know] who knocked on the doors of each member to ensure they were present.”

Rehman, who is also the chief of the PDM, alleged that MNAs were “forcefully” made to vote for Prime Minister Imran. He urged the premier to “be courageous and ask the public to cast a vote of confidence [by] conducting a new election”.