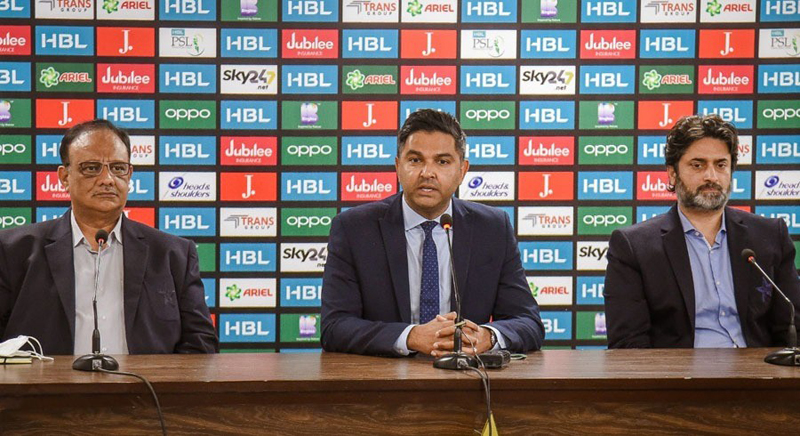 LAHORE: The Pakistan Cricket Board (PCB) on Thursday postponed the ongoing sixth edition of the Pakistan Super League as more positive cases of Covid-19, among participating players and support staff, emerged. The PCB took the decision after a virtual meeting with owners of the six PSL franchises. The three new cases yesterday brought the tally of total positives in the tournament bio-secure bubble to seven, of which six were players. “The health and wellbeing of all participants is paramount,” a PCB spokesman said. “The decision to suspend the PSL 6 with immediate effect was made following a meeting with the team owners. The decision was made after seven cases were reported in the competition, which started on February 20,” added the spokesman. The PCB will make arrangements of further Covid-19 testing, provide vaccines and will also assist in providing isolation facilities. Karachi had hosted 14 of the 20 preliminary round matches before the event was due to move to Lahore for the remaining 14 games on March 10.

Islamabad United’s two foreign cricketers, including Australian leg-spinner Fawad Ahmed, an unnamed foreign cricketer and a support staff member from one of the clubs were already in isolation after being tested positive earlier this week. The PSL was postponed for a day last Monday when Ahmed tested positive for Covid-19. On Feb 21, Peshawar Zalmi captain Wahab Riaz and head coach Daren Sammy were allowed to rejoin their squad after an appeal against a quarantine for breaching Covid-19 protocols was accepted by the PCB. Riaz and Sammy breached the team’s bio-secure bubble on Feb 19 when they met with their team owner, who was not part of the bio-secure bubble. But they rejoined the team following two negative Covid-19 tests after they were spared a three-day quarantine when their appeal was accepted by the PSL committee.

Pakistan has so far recorded 585,435 cases of Covid-19 and over 13,000 deaths. The last two days have seen over 130 deaths, according to federal government data. Pakistan imposed a lockdown only for a few weeks after the first Covid-19 case was detected in March last year, and has gradually lifted the few restrictions it had in place since then. Authorities last week gave permission for the PSL tournament to increase crowd sizes from 20 percent to 50 percent stadium capacity.

Apprehensions of participating players: The PCB, as an immediate step, will focus on the safe and secure passage of all participants, and arrange repeat PCR tests, vaccines and isolation facilities to the six participating sides. Some of the players have reportedly started going back to their country, while arrangements have started to get officials vaccinated against coronavirus. Addressing a press conference in Karachi on Thursday, PCB chief executive Wasim Khan revealed that players were apprehensive about continuing the tournament, which ultimately led to the postponement of the PSL 6. “We explored various options before deciding to postpone the tournament. We had an option to postpone the league for five days until we make sense of the situation. However, the franchises informed us that the players were not in a mental state to continue. Hence, we came to the conclusion that it was best to postpone the event,” said Wasim. “We are slowly and carefully exiting players from our environment, so that we can safely get them out. We are going to explore various windows as we want to finish the tournament at a later time, just like we completed the playoffs of PSL 5,” he added.

Wasim said that it was not the time to play blame game with other franchises. “Franchises have invested a lot of money to make the PSL work, so there are always going to be lot of emotions, particularly in the first 24 hours. Any environment can only work if all stakeholders are on the same page. It is not the time to be fighting with franchises and blame each other. The bottom line is that is a collective failure and there has to be a sense of collective responsibility.” Wasim added that an independent inquiry would be held into the Covid-19 protocol breach. He said that the PSL had to deal with a “minor breach” at the start of the tournament and that they did everything they could to respond to it. “With any SOPs for a bio-secure bubble it takes partnerships, it takes discipline, it takes self-policing. And I think these are really important factors for us all to remember”. Wasim reminded everyone that it was not about a blame game but ensuring the bubble was a “collective effort”. He added that it was everyone’s responsibility to actually police and self-police that environment. “Unfortunately we weren’t able to do it effectively enough hence we find ourselves in this situation today,” he concluded.