PDM will decide when to table vote of no confidence against PM: Bilawal

ISLAMABAD: Pakistan Peoples Party (PPP) Chairman Bilawal Bhutto Zardari on Thursday said the decision of seeking a vote of no confidence against Prime Minister Imran Khan would be taken with the consensus of the Pakistan Democratic Movement (PDM) and at a time of the alliance’s choosing. 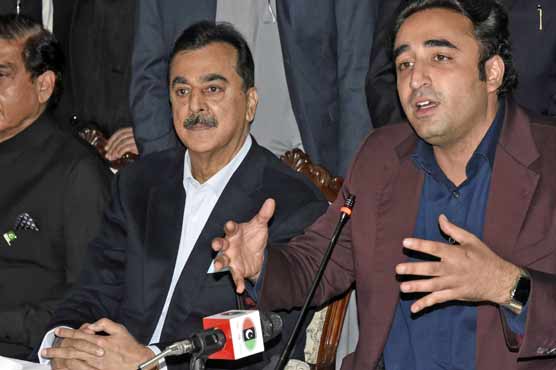 In a series of tweets, the ambassador stated that, “During the six-month long exercise, NADRA will verify and update the data of the registered Afghan refugees who have the Proof of Registration (PoR) cards with an expiry date of December 31, 2015.

Bilawal was addressing a press conference in Islamabad, alongside PPP leader Yousaf Raza Gillani, during which he said that PM Imran Khan will have to correct his ways and “stop creating a drama.”

“You will not be able to escape. We will not give you an NRO. And we will not spare you,” he said.

Bilawal went on to say that the “incompetent, illegal government” only brought pain and suffering to the people of Pakistan and claimed that “every citizen of the country celebrated the victory of the Pakistan Democratic Movement (PDM)” after Gillani defeated PTI’s Abdul Hafeez Sheikh in the Senate elections.