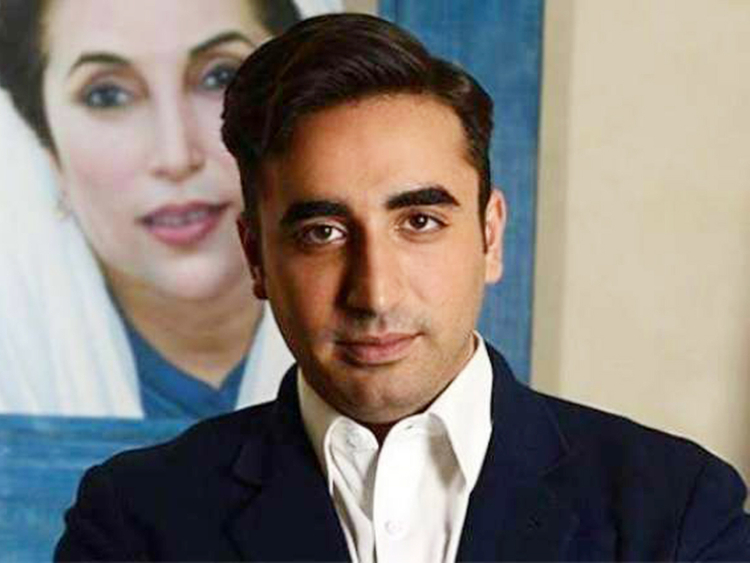 Pakistan People’s Party (PPP) Chairman Bilawal Bhutto Zardari on Wednesday announced that newly elected Senator Yousaf Raza Gilani will be the candidate for Senate chairman and that they will get him elected on the slot.

Speaking alongside Yousaf Raza Gilani, Bilawal Bhutto Zardari said that whatever injustice or suppression they had gone through, it has been proved that democracy is the best revenge. “Everyone has seen the result of no-confidence in the government’s policies,” he said, adding that the prime minister [Imran Khan] should now resign. “We will now be attacking the incumbent government from every side and will send them packing as soon as possible,” he asserted.

Speaking on the occasion, Yousaf Raza Gilani thanked all parties of the PDM for supporting him in securing a win on the Senate seat. “PDM won all the Senate elections besides also winning the key seat of Senate from Islamabad,” he said.

Gilani said he is thankful to PPP chief Bilawal Bhutto Zardari as well as the PDM leadership, including PML-N’s Nawaz Sharif, Shehbaz Sharif, Maulana Fazlur Rehman, Akhtar Mengal, Maryam Nawaz and ANP leadership. “This is the victory of democracy,” he said. “The Islamabad seat was the most important seat in the Senate elections and everyone was eyeing it. [Through my win], the PDM has stood victorious.”

PML-N Vice President Maryam Nawaz also tweeted her congratulations to Gilani and the Pakistan Democratic Movement (PDM). She congratulated the MNAs of the PML-N for accepting PML-N supremo Nawaz Sharif’s stance and “refusing to bow down and sell out”. “Well done PML-N! The future is yours,” said Maryam.

In another post, she claimed that “the fake mandate has been snatched back by the people’s representatives”. “Their own people, despite the pressure on them, refused to vote for […] (Prime Minister) Imran Khan,” she said, adding that the premier now had no right to occupy the Prime Minister House.

PPP supremo Asif Ali Zardari said that the victory of PDM candidate Yousaf Raza Gilani in Senate elections from Islamabad seat by five votes is less than the expectations. “I was expecting more votes for Gilani,” Zardari said, adding that they should have won by at least 20 votes.

Responding to an announcement from Bilawal Bhutto regarding elevating the newly elected Senator from Islamabad as the Upper House’s chairman, Zardari said that the final decision in this regard would be made by the PDM.

Celebrations broke out in the Sindh Assembly as soon as PPP stalwart Yousaf Raza Gilani was announced as the victor for the Islamabad general seat, defeating government candidate Hafeez Shaikh. Jubilant PPP lawmakers gathered around, clapped and cheered, to celebrate the momentous occasion. The party members were heard chanting “Ek Zardari Sub Pay Bhari (Zardari alone is enough in the face of any competition)” and “Nara-e-Bhutto, Jeay Bhutto” in commemoration of party founder Zulfikar Ali Bhutto. After the result was announced, Abdul Hafeez Shaikh and the former prime minister shook hands and hugged each other.