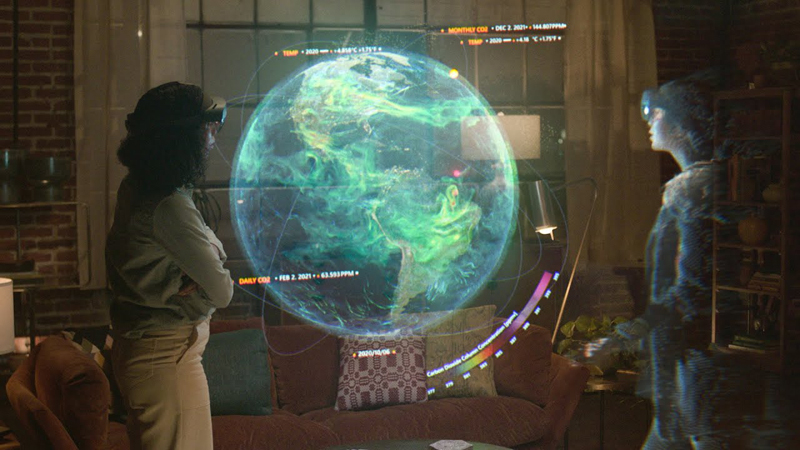 Teleporting to a meeting as a hologram is one step closer to reality following a new announcement from Microsoft, as a preview of the Mesh app for HoloLens 2 was made available for the general public on Wednesday.

Microsoft Mesh will allow users to see, hear and interact with other people anywhere else on the planet as though they were occupying the same space. The new platform enables virtual and augmented reality from any device through what it has dubbed “mixed reality” applications, according to a press statement of the company.

“You can actually feel like you’re in the same place with someone sharing content … and be present with people even when you’re not physically together,” Microsoft’s Alex Kipman, the inventor of Kinect and HoloLens said.

The new system makes its debut as some are coming to accept how much virtual reality will be a permanent fixture of everyday life, used to supplant the expense of business travel or real-world experiences.

Researchers are also beginning to confirm just how exhausting the current offerings are. A study from Stanford University recently found that spending long stretches of time in a video call negatively affects the way in which we see ourselves and interact with others, a phenomenon often referred to as “Zoom fatigue”.

The Verge, which tried out the new system, said Mesh is “like a Microsoft Teams meeting set in the future”.

An Engadget reporter who also tried Mesh wrote: “It felt like mingling in real life during the Before Times.”

Microsoft’s chief executive Satya Nadella compared the new platform to the launch of Xbox Live in 2002, a market-changing product that simplified online multiplayer gaming for consoles.

“Think about what Xbox Live did for gaming – we went from single player to multiplayer, creating communities that helped people connect and achieve together,” Nadella said. “Now just imagine if the same thing happened with mixed reality.”

In the same way XBox Live relied on developers to bring their games online to create a wide variety of multiplayer titles for Xbox, Mesh aims to do the same for experiences that can be had in VR and AR.

In Microsoft’s vision for mixed reality, experiences can vary widely, from virtual meetings to concerts. At the launch event, the Redmond, Washington company brought in filmmaker James Cameron, Pokémon Go developer Niantic and co-founder of Cirque du Soleil Guy Laliberté to demonstrate Mesh. Like XBox, the success of Mesh will depend largely on people’s willingness to shell out for a device.

While the system will be available on most virtual reality headsets, PCs, tablets and smartphones, expect the best experience to be had on Microsoft’s HoloLens2, which costs $3,500.

On the technical side, Mesh is built on top of Azure, the company’s cloud computing service. It will also be integrated with Microsoft Teams, meaning colleagues from across the globe can collaborate as though they were in the same physical location.

To start out, Mesh will present people as virtual avatars taken from the AltspaceVR social network, which was acquired by Microsoft in 2017. Eventually, Microsoft plans to support “holoportation”, allowing people to appear as themselves in a virtual space.