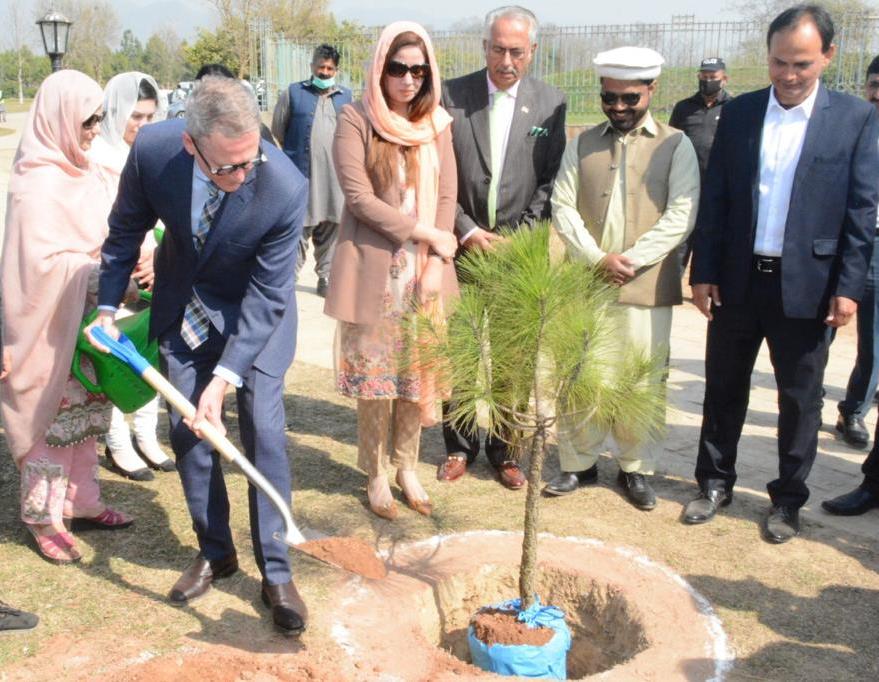 Dr. Geoffrey Shaw said the Miyawaki forest was a gift from the Australian Government to the people of Pakistan and he hoped that the trees and shrubs planted help regenerate not just the environment of Islamabad but contribute to making Pakistan cleaner and greener.
He said Australia had longstanding cooperation with Pakistan on the environment and tackling climate change including improving water management and security, access to clean drinking water, flood forecasting, and disaster risk reduction.

“Green initiatives such as this are becoming ever more important in the face of the growing impacts of climate change affecting our region – something both Australia and Pakistan are keenly aware of and taking action on,” he said.

The high commissioner said Australia was committed to combating climate change and is on track to beat our 2030 emissions reduction target under the Paris Agreement, having achieved a 17 percent reduction in emissions since 2005.

“We [the Australian government] has committed $1.5 billion for global climate finance and over $15 billion domestically to make Australia’s natural resources, environment, and water infrastructure more resilient to climate disasters,” he said.
Minister Zartaj Gul said Australia had helped Pakistan in formulating its first Water Policy and was also helping in mitigating adverse drought impacts in Balochistan.

She said Miyawaki Forest in F-9 Park was a gift from the Australian High Commission that grew in 10 years at a faster pace as compared to conventional forest growing in 30 years.
“Breathing in a good and clean ambiance is our basic need and high green cover in urban areas ensures this fundamental requirement,” she said.

The minister said over 750 million trees were being planted in the 10 Billion Tree Tsunami Plantation programme, whereas by the end of the season, the first billion trees’ target would be achieved.

Director-General of the Capital Development Authority Naveed Tareen said Miyawaki was one of the techniques to develop forests fast and Prime Minister Imran Khan had taken a keen interest in its implementation.

“We all are aware of the threat of global warming and how it’s already affecting our lives. Right and timely initiatives like this are much needed. We are thankful to Australian High Commission for their collaboration in this amazing initiative,” he said.