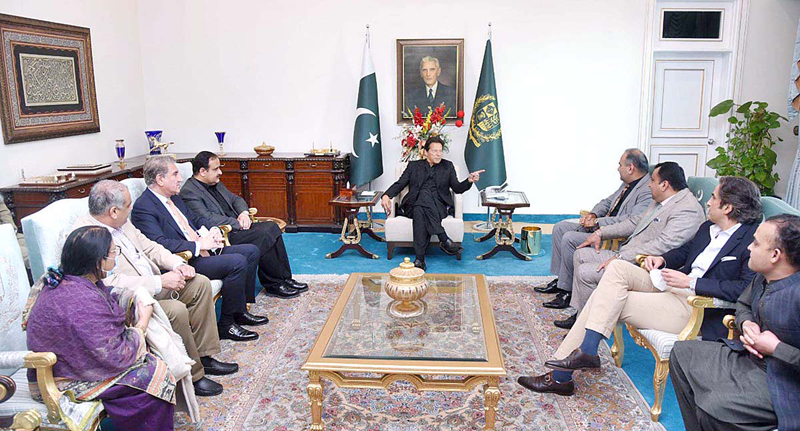 Speaking during a meeting with Shaikh and Punjab Chief Minister Usman Buzdar, Imran Khan said the opposition parties would employ every tactic to win the upcoming Senate election. “That’s why I was a supporter of open-ballot polls,” he said. “The corrupt gang has come here as well [but] the nation knows about the tales of their [Opposition’s] corruption,” he said. “Letters are being written to the government’s lawmakers and other contacts established,” he noted, but stressed that the PTI regime was “united”.

The premier underscored that only the PTI’s Hafeez Shaikh would win the Senate battle. “It is a welcome development that the issue of Senate seats in Punjab was resolved through understanding,” he stated.

Prime Minister Imran Khan continued meetings with members of the National Assembly (MNAs) on second day Tuesday here at the Parliament House ahead of the Senate elections.

Separately, Planning and Development Minister Asad Umar spoke about democracy and Pakistan’s ongoing political atmosphere. “People are seeing the darkest form of democracy and all of this is happening in the name of democracy,” he wrote on Twitter, adding that millions were being offered in bribe to lawmakers in exchange for votes in the Senate elections. “There is a commotion on the floor of the assembly,” he noted, possibly referring to how the Sindh Assembly turned into a wrestling ring earlier in the day when PTI lawmakers beat up ‘rebel’ party members. “They still have nothing to get out of it but I wish this disgusting business could be stopped at least for the future,” the federal minister added.