Govt to demand disqualification of Gilani from Senate election 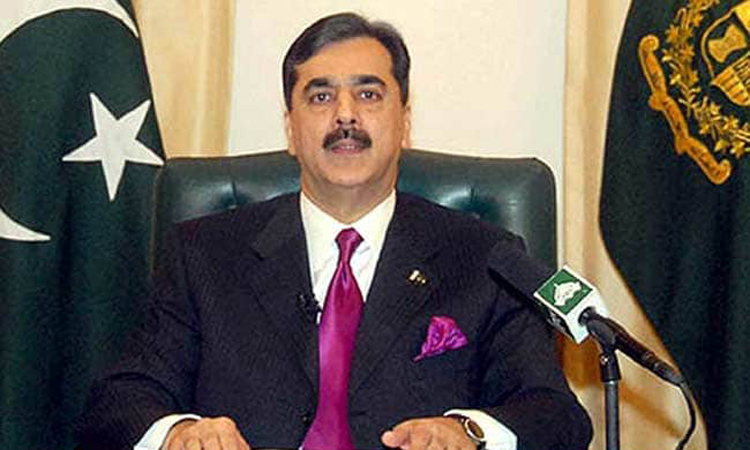 The government has decided to file a reference with the Election Commission of Pakistan demanding that PDM candidate Yousaf Raza Gilani be disqualified and prevented from running for Senate.

“We were here to file a reference but the ECP was closed for the day. We will submit [the reference] in the morning,” Minister for Science and Technology Fawad Chaudhry said in a media briefing from outside the ECP office on Tuesday evening. Fawad Chaudhry also spoke about a video doing the rounds on social media that is alleged to show Yousaf Raza Gilani’s son, Ali Haider Gilani, purportedly instructing a lawmaker on how to waste his vote. “I hope the Chief Election Commissioner will take notice of the video. This is why we were saying the Supreme Court decision gives the ECP the chance to play its role in making Senate elections transparent in Pakistan,” said the minister. “The SC gave a clear order to the ECP to make use of technology to eradicate horse-trading in Senate polls. It is highly unfortunate the Election Commission decided not to change the method this time,” he added.

Fawad Chaudhry said the video “proves the ECP’s point of view wrong”. “It can’t be that rigging, corruption, horse-trading and throwing money around be allowed this time but we will stop it the next time. This was a very weak argument and the video proves it,” he said.

The science minister went on to claim that the government’s candidate Abdul Hafeez Sheikh is “ahead in votes” this time. “Gilani is nowhere when it comes to votes. Hafeez Sheikh is far ahead,” he said.

He said the government’s efforts, however, do not stem from a consideration for votes. “This is about the implementation of law. And for this, it falls to the ECP to fulfil its responsibilities outlined under Articles 218 and 220 (of the Constitution),” he said. Yousaf Raza Gilani, after Ali Haider Gilani’s ‘admission’, must be prevented from running from elections, he said.