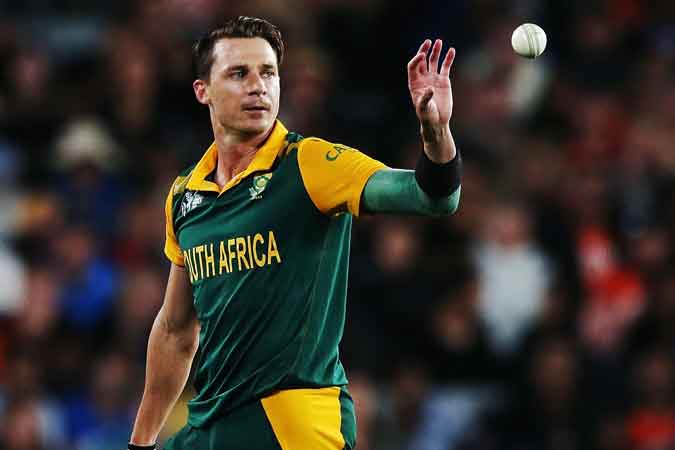 KARACHI: Dale Steyn said he turned his back on the world’s most lucrative T20 league, the Indian Premier League, because he found the Pakistan Super League (PSL) and the Sri Lankan Premier League (LPL) were “slightly more rewarding”. The South African fast bowler, who is currently in Pakistan with the Quetta Gladiators franchise, said he believed the excessive emphasis on the financial aspect of the IPL meant “the cricket gets forgotten”. In an interview, he also revealed that the length of the IPL was a factor that further informed his decision to opt out this year, saying he wanted “a bit more time off.”

“I wanted to take a bit more time off. I found that playing in those other leagues was slightly more rewarding as a player. I think when you go to the IPL there are such big squads and so many big names and so much emphasis on the amount of money that the players earn that somewhere along the line the cricket kind of gets forgotten. When you come to the PSL or the LPL, there’s an importance on the cricket. I’ve only been here a couple of days and I’ve had people coming to my room asking where I played and how I went about it. In the IPL, that kind of gets forgotten and the main topic is how much money you went for this IPL. And that’s just me being brutally honest. I just wanted to stay away from that this year and put more emphasis on bringing good vibes to teams and tournaments I feel are worth it.”

Steyn, whose career trajectory has coincided with the rise of the IPL, has often seen himself become one of the more prized assets for any IPL franchise, and has consistently seen heavy competition for his signature. The highest auction price for the fast bowler came in consecutive seasons in 2014 and 2015, when Sunrisers Hyderabad snapped him up for INR 9.5 crore (approx. $1.3 million today). He has taken 97 IPL wickets at 6.91, making him, by some distance, the most economical fast bowler among players with over 50 wickets in the league. His influence has diminished somewhat of late, playing for the Royal Challengers Bangalore as a replacement player in 2019, and a full time player last year.

Steyn’s words will come as a shot in the arm for a league trying to maximise its burgeoning potential after years of playing away from Pakistan in the UAE. Last year, Steyn was one of the Platinum Category players when he made himself available for the league, though the side finished bottom of the table. While his only game with Quetta was a disappointing outing, where he conceded 20 runs off a decisive penultimate over, Steyn remains confident there is time enough to turn things around.

“I’m not too perturbed but it would have been nice to get over the line against Peshawar Zalmi. Hopefully we can make a comeback in the upcoming games. Chris Gayle’s absence will hurt because he’s a T20 God, and a bit of a freak. But when you look at his replacement and the guys we have in the shed, they are incredible players. Faf du Plessis has flown in, Tom Banton has been around the past two years and has done well. I don’t think it comes down to one player to win you cricket games. Everyone has to pull their weight.”

He paid rich tribute to the “breeding machine” of fast bowlers Pakistan had, as well as praising Babar Azam as “a wonderful player”. “There is a breeding machine of fast bowlers here in Pakistan, which is great to see because the wickets are not conducive to fast bowlers,” Steyn said. “I had a chat with Shaheen Afridi last year –– I think he broke his thumb. He was down but he was amazing. At Melbourne Stars, I had Haris Rauf with me, and I was really impressed by him. Not long after that, he played for Pakistan. Babar is a great player and it would be a great opportunity to get him out or bowl against him. But you never know, I might not get to bowl against him because it’s only four overs or he might get out for a duck. But he’s been fantastic the last couple of years.”