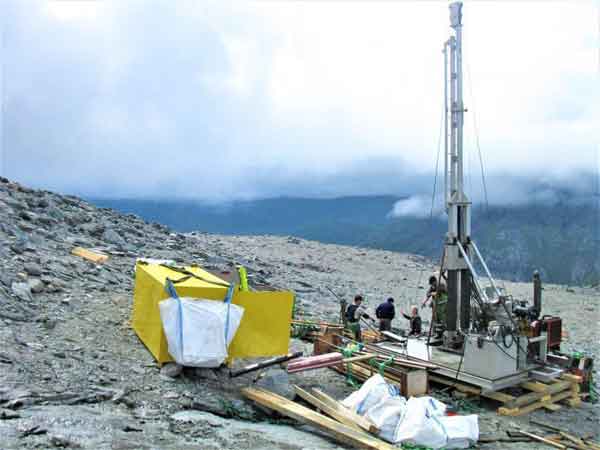 In the tenth century, Erik the Red, a Viking from Iceland, was so impressed with the vegetation on another Arctic island he had found he called it “the green land.” Today, it’s Greenland’s rocks that are attracting outsiders – superpowers riding a green revolution.

The metals are abundant globally, but processing them is difficult and dirty – so much so that the United States, which used to dominate production, surrendered that position to China about 20 years ago.

As Greenland’s ice sheet and glaciers recede, two Australia-based mining companies – one seeking funding in the United States, the other part-owned by a Chinese state-backed firm – are racing for approval to dig into what the US Geological Survey (USGS) calls the world’s biggest undeveloped deposits of rare earth metals.

The contest underscores the polluting side of clean energy, as well as how hard it is for the West to break free of China in production of a vital resource. Rare earth metals have many uses, and last year China produced about 90% of them, according to Toronto-based consultancy Adamas Intelligence. As US-China tensions mount, President Joe Biden’s administration said last month it will review key US supplies, including rare earths, to ensure other countries cannot weaponise them against the United States.

Each Greenland mine would cost about $500 million to develop, the companies say. Both plan to send mined material away for final processing, an activity that is heavily concentrated in China. The only rare earth mine now operating in the United States – Mountain Pass in California – is partly owned by a Chinese state-backed company that currently sends material mined in the US to China for processing.

The Greenland sites are less than 16 km (10 miles) from each other at the southern tip of the island, near a UNESCO World Heritage Site. Debate on them has triggered a political crisis in the capital of Nuuk, forcing a general election on the island of 56,000, due in April. Many Greenlanders, while concerned about pollution, feel mining is key to develop their fragile economy. In a 2013 poll, just over half said they want raw materials to become the country’s main source of income.

The country may ultimately back either project, both, or neither, but for those Greenlanders open to mining, the two proposals boil down to a choice between one mine that would not produce radioactive material, and another that would.

The first mine, a private initiative from an Australian geologist who has presented it to US officials, would not involve nuclear material. It has won preliminary environmental approval, but it needs cash and a processing plan.

The second one has already spent more than $100 million preparing to mine, has proven processing technology through its Chinese partner, and won initial political support from Greenland’s coalition government. But its plans include exporting uranium, a nuclear fuel, to China, and it recently ran into strong opposition, including from residents of the nearby town of Narsaq.

“As indigenous people we have lived in harmony with nature for many, many years,” said Mariane Paviasen, an opposition lawmaker who lives in the town. “We use these lands to hunt and fish.”

Greenland, a self-governing territory of the Kingdom of Denmark, has a gross domestic product of around $3 billion – similar to Andorra and Burundi. With its people living mostly on fishing and grants from Copenhagen, its government is keen to attract foreign investments.

It does not have an estimate for royalties from the first project, but expects around 1.5 billion Danish crowns ($245 million) each year from the Chinese-linked one – equivalent to roughly 15% of public spending.

Greenland’s government did not respond to requests for comment for this story. Acting Minister of Resources Vittus Qujaukitsoq said last month that if Greenlanders suddenly decide they don’t want the second project, “we’ll make a fool of investors. The credibility of the whole country is at stake.”

Greenland’s rare earth metals are also a chance for America and Europe to regain control of a strategic resource.

The island’s potential as a source of the raw materials needed for renewable energy technologies gained momentum in 2010, when China threatened to cut off its supply of rare earth metals to Japan, and tightened quotas to international buyers.

Prices for some of the metals have jumped in recent months, driven by surging demand for electric vehicles as well as concerns that Beijing may restrict sales.

Greenland’s position near the eastern flank of the United States makes it a sensitive location. Former US President Donald Trump offered to buy the island in 2019, and he was not the first US president to do so: In 1946 Harry S. Truman offered Denmark $100 million for it.