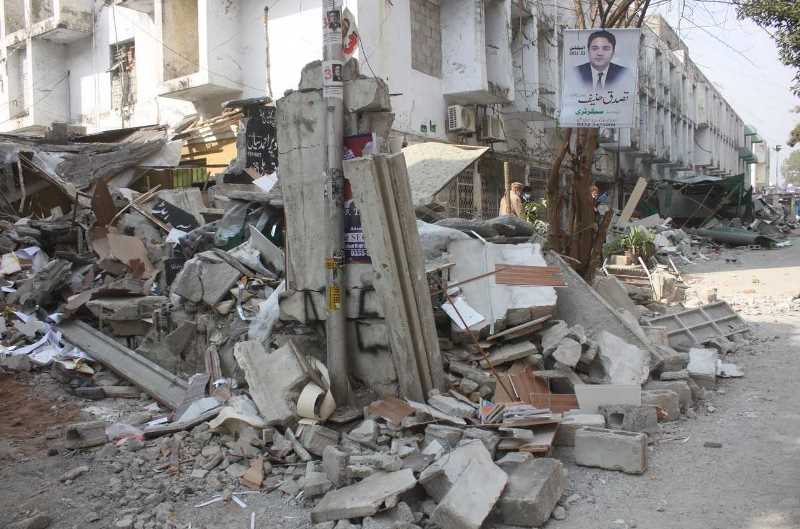 Supreme Court of Pakistan has ordered the demolition of illegally constructed chambers of lawyers on a football ground in Islamabad’s sector F8.

An apex court headed by Chief Justice Gulzar Ahmed, bench upheld the Islamabad High Court’s (IHC) verdict turning lawyers’ appeal to hold back the demolition until an alternative place is provided for their chambers.

The chief justice questioned on what grounds should the court pause demolition of the illegal chambers. “Lawyers have no claim on the football ground. Those who want to practice [law] should have their offices built somewhere else,” he remarked.

The supreme court court has given the lawyers two months to move their chambers.

On February 26, Justice Ahmed said that the court won’t be pressured by anyone. Lawyers aren’t supposed to encroach on public land. The bar association does not have the right to lease out chambers to lawyers, he added.

Chief Justice further remarked that the construction of chambers on public land is unjustified and questioned who gave the authority for construction.

“There is no justification of construction of chambers on public land as they are considered personal property of lawyers. How can the bar association lease chambers? Who gave the authority for construction?”