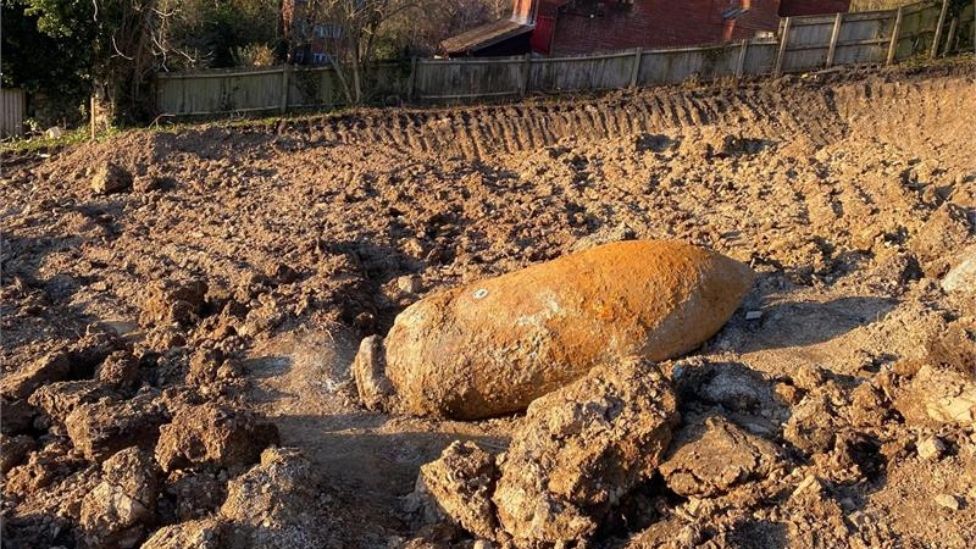 The WW2 bomb which was detonated in a controlled explosion yesterday near the University of Exeter was a 1,000kg-heavy Nazi blitz device, according to Devon and Cornwall Police.

The noise of the explosion heard for miles around and left a crater the size of a double-decker bus, police said on Saturday night, as well as sending debris up to 250 metres away from the site of the blast.

Devon and Cornwall Police were alerted after the device was discovered on a building site on private land to the west of the University of Exeter campus.

Residents at about 2,600 properties in the vicinity of Glenthorne Road, including 1,400 university students, were evacuated on Friday and Saturday.

The controlled detonation of the device took place at 6.10pm on Saturday, with the explosion heard for miles. To mitigate the impact of the blast, about 400 tonnes of sand were transported to the site and walls were erected by the Royal Navy bomb disposal experts and army personnel from the Royal Logistic Corps.

A number of properties “predominantly” within the 100m-zone “suffered structural damage, including broken windows and cracked walls”, according to the Devon and Cornwall force.

“Debris, including large metal objects, were thrown in the blast, some of which landed on nearby roofs, which require the use of a crane to remove,” a spokesperson said.

Resident Robyn Clifford, who did not have to evacuate as she lives just outside the exclusion zone, said hot metal debris landed at the edge of the 400m cordon.