Prepared for both open and secret ballot: PDM 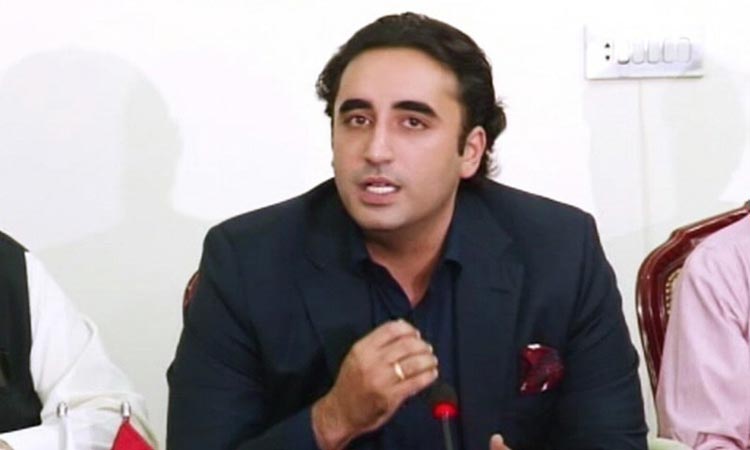 PPP Chairman Bilawal Bhutto-Zardari said on Sunday that the opposition’s 10-party alliance, Pakistan Democratic Movement (PDM), is prepared for both open and secret balloting in the upcoming Senate polls.

“We hope that the SC’s opinion will be in accordance with the law and the constitution,” Bilawal said while speaking to media in Islamabad along with PDM chief Maulana Fazlur Rehman and PPP leader Yousuf Raza Gilani a day before the Supreme Court is expected to issue its opinion on the presidential reference seeking the apex court’s view on holding Senate elections through open ballot.

The joint presser took place following a meeting between the leadership of PPP and Jamiat Ulema-e-Isalm-Fazl.

Bilawal said the secret ballot enjoys ‘constitutional protection’ whether in the Senate elections or the general elections. He predicted ‘surprising results’ in upcoming Senate elections following Pakistan Democratic Movement’s (PDM) recent victories in by-polls held across the country. “PDM has challenged the government on every front… it defeated the government in by-polls as well. We will send this government and prime minister packing,” he said.

Bilawal said the opposition alliance wants to give a message to the masses that even the members of the government were not with the federal government in Senate elections. “We are very much hopeful that our candidates would give surprising results in the Senate polls,” he added.

He said that Pakistan Muslim League-Nawaz (PML-N) was also winning by polls in NA-75 Sialkot-IV constituency but the PTI government rigged the elections.

To a question about Muttahida Qaumi Movement-Pakistan skipping dinner organised by the PTI-led government, Bilawal revealed that they are holding dialogue with MQM-P and other government allies. “MQM-P was elected from Karachi. However, the federal government has rendered Karachi orphan,” the PPP chief said.

Bilawal claimed that every party in KP, whether a part of PDM or not, is on the same page against the PTI government. “We are united… all parties including PML-N, PPP, JUI-F, ANP and JI are united,” he added.

Fazlur Rehman echoed Bilawal’s thoughts and noted there was ‘an atmosphere of disappointment to be seen in the ranks of the government’. “Hopefully good results will come out,” the JUI-F chief said. He said the PDM’s unity in the four provinces was a ‘good news for the nation’ and the alliance will be contesting the Senate elections according to a mutually agreed plan of action. “The different parties of the PDM did not break each other’s votes as they (the government) thought. We are united for the Senate elections and will achieve successful results.”

The JUI-F chief clarified that the PDM was a movement and not an electoral alliance even though they “personally try not to break away each other’s [votes] and try to contest the elections together”. He said that PDM members can decide to contest elections separately due to ‘special circumstances’ – referring to the Awami National Party contesting its own candidate in the Nowshera (PK-63) by-poll.

Fazlur Rehman said with regard to the rampant inflation and security situation of Pakistan, the PDM was the ‘only voice of the people’. Referring to a firing incident earlier this week, he noted that “three of our youth were martyred in Islamabad” adding that similar incidents were happening in other areas as well. “When there is no peace, such rulers will be considered a failure,” he emphasised. The strategy of a movement and the one prior to elections “is different”, he added, noting that a plan of action had been agreed upon as the National Assembly lawmakers were set to gather on Monday.

Meanwhile, Sindh Education Minister Saeed Ghani also confirmed that a delegation of his party had visited the MQM-P to request them to vote for the PPP’s nominees in the Senate elections. He said the MQM-P would have a ‘political advantage; in securing technocrat and women’s seats in Sindh if they supported the PPP. “We are not buying or selling any votes, all political parties have the political right to seek votes for their candidates from other political parties.”

Asif Ali Zardari has invited the PDM leadership for a lunch at Sindh House on Monday. Sources close to development revealed that Zardari has jumped into the foray in order to get Yousaf Raza Gilani elected as senator.