No nation can achieve progress without knowing its history: PM 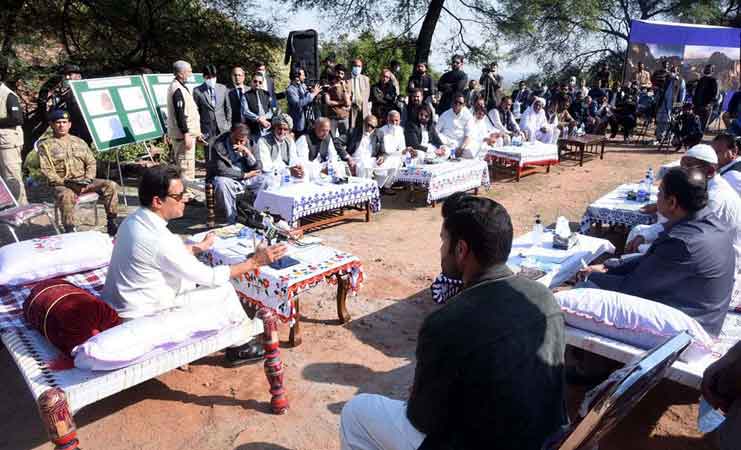 Prime Minister Imran Khan Sunday said as the country has enormous potential of tourism with diversity of mountains, coastlines, historic and cultural sites as well as religious places, the government would develop Pakistan’s first-ever ‘tourist map’ to attract local and foreign tourists.

“When compared with Turkey and Malaysia, which earn $40 billion and $20 billion per annum from tourism, Pakistan despite having numerous tourist sites earns nothing,” Imran Khan said while talking to media persons at Nandana Fort (Baghan Wala Village) where he inaugurated the heritage trail.

The prime minister said that he wanted to develop and protect this area of historic significance – which he had visited some 25 to 30 years back – as a tourist site for the benefit of local people and the country. Highlighting the historic importance of the area, he said that Abu Rehan Al-Biruni stayed at Nandana Fort, which used to be a large international university, for the quantification of earth’s circumference for the first time in 11th century.

The prime minister said the government would develop Baghan Wala as a modern village, protect its heritage, help establish tourist facilities such as hotels and restaurants and bring the areas to the world tourism map. To a question, he said that with Turkey attracting tourists due to 2000 years old history of Istanbul and Malaysia attracting tourists due to coastline, Pakistan also had the oldest cities like Peshawar, Lahore and Shah Pur of Mughal era. The prime minister, however, added that tourists would only come when the tourist sites were developed along with required facilities. He further said that the promotion of tourism will not only bring in dollars in the country but will also create employment opportunities.

The prime minister said that besides the mountain tourism which attracted the local and foreign tourist interested in skiing and trekking, Pakistan also had famous historical sites like Mohenjo Daro and Harappa; Gandhara civilizations and religious sites for Budhists, Sikhs and Hindus. Similarly, he said, with the shrines of various Sufi saints including Baba Farid, Data Ganj Bakhsh, Bullaih Shah, Pakistan also offered religious / Sufism tourism for Muslims across the world.

The prime minister said that despite insufficient facilities, domestic tourism was also on the rise in Pakistan as large number of people from across the country visit the mountainous areas and even sleep in their cars and vehicles.

Prime Minister Imran Khan said the government was doing all to promote tourism and generate employment opportunities for youth in Pakistan, which was bestowed with abundant natural resources including sea, high mountains, salt ranges and historical sites.

The Prime Minister said no nation in the world could achieve progress and development without knowing its history which enabled it to have comparison with the current and past achievements. “We have to protect our historical sites and buildings,” he said and remarked that the historical sites in Pakistan like Mohenjo Daro and Harappa were discovered by the British. The prime minister appreciated the discovery of 40-feet Budha in Haripur by an archeologist and called for more excavations to find historical places in the country. The prime minister while interacting with the local people said the government would provide soft credit to youth of area for the establishment of hotels, restaurants and other allied facilities for tourists.