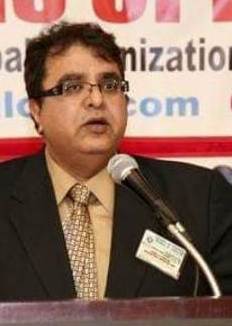 ISLAMABAD: Overseas Pakistani Forum (OPF) Canada Chairman Burhan Khan has pointed out a weaker link among Pakistan, its institutions, and expatriates, saying the current situation and continuous unpleasant events in different parts of his homeland are a matter of concern for all the overseas Pakistanis.

“We expatriates expect from every government in Islamabad and all provincial administrations that they will make Pakistan a prosperous, developed, and stable country in the South Asian region,” he said in a statement.

“Everyone must remember that overseas nationals will continue their support and vital role in Pakistan’s development,”

Burhan said that the new generation of expatriates will no longer be able to defend Pakistan and its ideology in the presence of continuous unpleasant events. He added that their problems are deep-rooted and require a quick look from higher authorities.

“We are thinking and expecting to see better things in Pakistan,” he said, adding that they are living outside of the homeland but always trying to create a softer image of Pakistan as a society and as a country.

He said that the expatriates have to face a very tough situation due to bad news emerging on international media.

“We believe that Pakistan will never leave us high and dry despite the fact that we have left our homeland for mostly the economic reasons,” he said. “We always try to use the label of Pakistani Canadians with all the pride.”

Besides blue-collar jobs, Burhan said that the Pakistani Canadians are working as doctors, engineers, entrepreneurs and earning good names as professionals in different fields. “Whenever we have enough money, we always choose Pakistan as our destination and contribute financial support in different ways,” he said.

Recent data of the State Bank of Pakistan showed that remittances remained above two billion dollars for the eighth straight month in February. “Yet, we are facing some horrible experiences as young girls are being raped and killed. Even a mother was raped on a motorway, once considered as the safest route, in front of her children,” he said.

He said that the horrible stories make things worse. Pointing out at a recent event, he said that a judge was attacked and humiliated in his chamber by some lawyers in Islamabad. “We overseas Pakistanis were left to deal with this embarrassment, as this news was circulated by all the major news networks across the world. Resultantly, the image of the judiciary and the bar council was damaged,” he concluded.