* She added, 'Or, if you bought or found them unknowingly, the reward is the same' 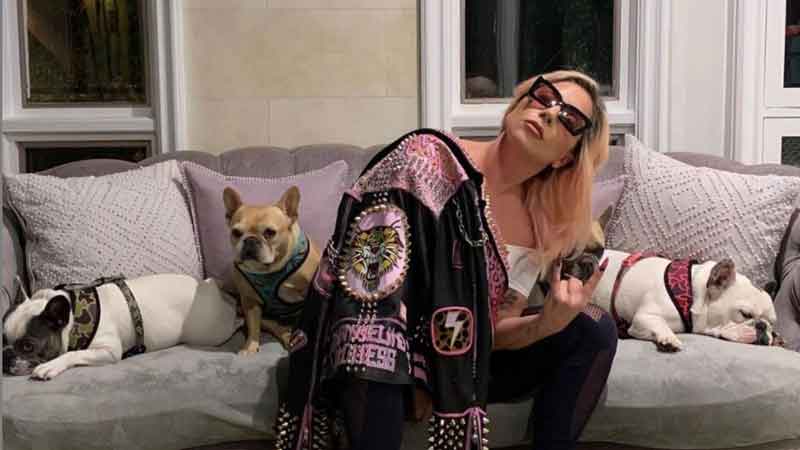 Lady Gaga is asking for help after two of her dogs were kidnapped by an armed robber. On Friday, Feb. 26, the singer took to social media to ask her millions of followers for help in finding her pets. She shared multiple pictures of the French bulldogs, writing, “My beloved dogs Koji and Gustav were taken in Hollywood two nights ago. My heart is sick and I am praying my family will be whole again with an act of kindness. I will pay $500,000 for their safe return.”

She added, “Or, if you bought or found them unknowingly, the reward is the same.”

On the night of Wednesday, Feb. 24, Koji and Gustav were dognapped by a currently unidentified male suspect while out with dog walker Ryan Fischer, who Gaga described as “forever a hero.” Gaga’s other dog, Asia, was reportedly recovered by police after running away during the altercation.

“I continue to love you Ryan Fischer, you risked your life to fight for our family,” she wrote.

Fischer was shot, but is expected to make a full recovery.

On the night of Wednesday, Koji and Gustav were dognapped by a currently unidentified male suspect while out with dog walker Ryan Fischer, who Gaga described as ‘forever a hero’

In an earlier statement to E! News, Fischer’s family thanked the first responders and the Star Is Born actress, who they said “has shown nothing but non-stop love and concern for Ryan and our family right from the outset.”

They added, “Ryan loves Gustavo and Koji as much as Lady Gaga does; so we join in her plea for their safe return.”

Lady Gaga was photographed on Wednesday in Italy, where she’s filming Ridley Scott’s film, Gucci, which is centred around the assassination of Maurizio Gucci.

In her absence, her father, Joe Germanotta, has spoken out to ask the robbers to return Koji and Gustavo. He told NBC News, “If the people that abducted Koji and Gustav are listening or hear this, please don’t hurt those guys, those animals, just let them go. They did nothing wrong and they’re sweet dogs. They should just let them go. I plea. That’s my plea to the kidnappers.”