The Verdict — a haunting tale of love, hate and of the consequences of human ego

* The Verdict has been rated a solid 4.35 on Goodreads and has thus far received rave reviews from several known South Asian authors 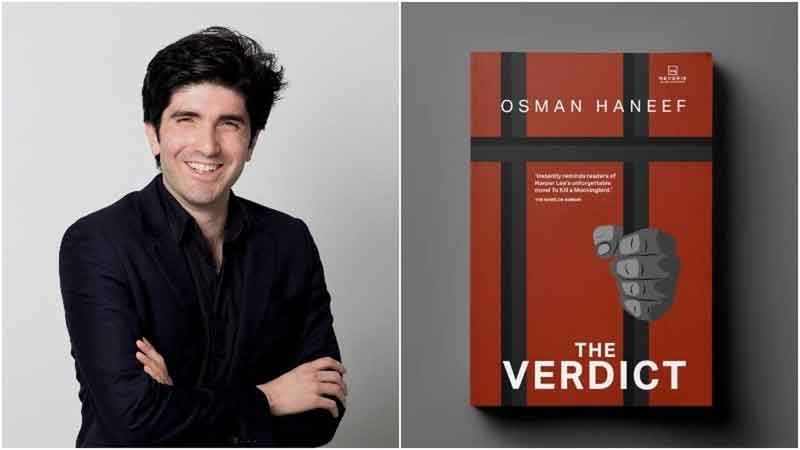 Osman Haneef first published his debut novel through Readomania in India earlier this year, and the book was then taken on by Reverie Publishing, a relatively new yet exceptionally necessary platform for new Pakistani writers.

Osman has studied Creative Writing at several prestigious intuitions such as Yale, Oxford and Stanford, and he is currently based in Lahore. He also won the Frank Allen Bullock Prize at the University of Oxford.

The Verdict has been rated a solid 4.35 on Goodreads and has thus far received rave reviews from several known South Asian authors. It was termed as “a necessary novel” by Anat Decine, and “groundbreaking” by Awais Khan. Moreover, IA Rehman, Director Human Rights Commission of Pakistan has been quoted as having said “The narrative should also persuade Pakistan’s intelligentsia to ponder what they have made their state, especially its legal system and society into.”

The novel revolves around Sikander Ghaznavi, a Pakistani lawyer, who defends an innocent boy accused of an unspeakable crime, punishable by death. Out of his depth, Sikander reaches out to the sharpest human rights lawyer he knows – the woman he has loved for years, but now another man’s wife. As they deal with their unresolved feelings, the lawyers confront a corrupt system, a town turned against them, and a prophecy that predicts their death.

Osman takes on a theme that is not often talked about and makes a convincing, sensational and gripping story out of it, drawing the attention of the reader towards topics and problems that we often tend to ignore or sweep under the rug. Through Danesh, the boy who is accused of the unspeakable crime, we see a young boy on the cusp of adulthood who might be robbed of his life because the prejudices and biases held by the society as well as the people in power. Through Sikander, we see Pakistan’s very own Atticus Finch, defending an innocent man while battling against all odds and putting his own life at risk.

Through supporting characters such as Zeeshan, Mena and the long gone but ever-present Ahbey, the author weaves an epic tale of classism, loyalty, love and human prejudice. Other characters such as Pir Piya expose today’s society as it is and the fragile cover of pride and morals that hides a much uglier reality underneath it. Unlike most other novels, each character in the story helps the reader explore a completely real and relevant issue of the society, for example through Mena, we see the grim reality of being born into a certain class and the having to pay for that. Through Danesh, we see the reality of being born into a certain religion and then living with the consequences, constantly being used and abused. Through Pir Piya, we, at first see a fraudulent old man who is capitalizing on his influence, but then we see the truth of what circumstances can lead a person to become. Lastly through Sikander and Sanah, we see two individuals desperately fighting for what is right, while struggling to deal with unresolved feelings. We are also reminded of the pull ones family has the relationship between children and their parents. The reader can easily sympathize and connect with Sikander on a personal level, as we are exposed to the kind of relationship he has had with his father.

The Verdict is undoubtedly a haunting tale of love, hate and of the consequences of human ego and prejudice that leaves the reader hooked till the very last page.

The writer is young author and can be reached at minaalmohsin@hotmail.com. She Tweets at @MaanMinaal