* Minister says government wants that people can buy a good-quality mobile phone from Rs 8,000 to Rs 12,000 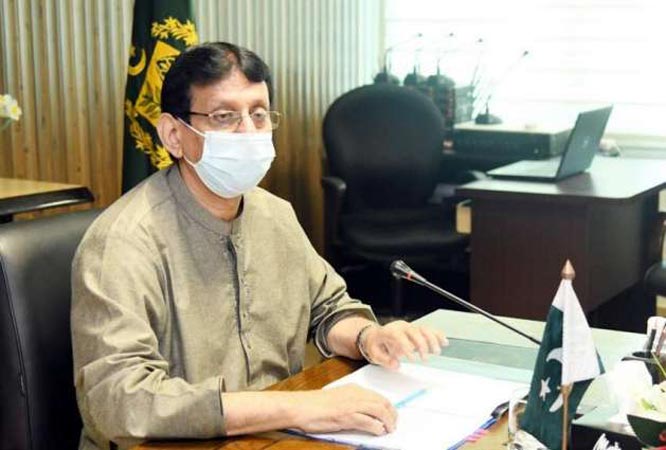 Minister for Information Technology and Telecommunication Syed Amin ul Haque has said that the government is encouraging the cellular companies to manufacture and assemble mobile phones in the country aimed at bringing down the increased prices of cell phones.

“We want that our people can buy a good quality mobile phone from Rs 8,000 to Rs12, 000 instead of paying Rs 50, 000 to Rs100, 000,” he expressed these views while inaugurating the Software Technology Park at Hyderabad Institute of Arts, Science and Technology the other day, a news release said.

He said had previous governments planned the same much earlier, the prices of cell phones would have been low in addition to creation of more job opportunities in the country.

He also witnessed the signing ceremony of a Memorandum of Understanding (MoU) reached between Pakistan Software Export Board (PSEB) and Hyderabad Institute of Arts, Science and Technology (HIAST).

Terming the MoU a ‘major achievement,’ he said it covered multifaceted cooperation in terms of establishing a software technology park at the university campus, capacity building, online training, developing linkages between academia and the industry besides facilitating the IT startups and freelancers.

Currently, he said, as many as 16 software technology parks across the country with 1,169,500 square feet of space were offering state of the art facilities to the technology companies.

He noted that the country’s IT industry had achieved significant expansion and growth in exports but it remained focused in Karachi, Islamabad and Lahore only.

Amin-ul-Haque also informed the audience, “We have to increase 4G penetration to 50 percent before launching the 5G while 4G internet users now constituted 41 percent of the mobile internet users.”

He apprised that 1.4 million new 4G users were being added every month and at the present pace the desired percentage of the fourth generation mobile internet users would be attained by the end of 2021.

The minister said the government was trying to provide 3G and 4G internet services in the areas were currently the same service was not available. He said Rs 21.9 billion had been spent on expansion of those services so far.

Amin Hul Haque said he had announced a Rs 550 million IT project for Sanghar district soon after assuming the charge of the ministry.

He expressed the hope that the IT exports would potentially grow to $5 billion by the end of the present government’s tenure in 2023.

In his Welcome address, PSEB Managing Director Osman Nasir said the IT minister had directed the board to expand the IT industry, which was limited to only 3 cities of the country.

Provincial Minister for Industries &amp; Commerce and Anti-Corruption &amp; Cooperative Department Jam Ikramullah Dharejo, while expressing concern over the news of increase in inflation and decrease in investment and exports, has said that the news of increase in petroleum products up to Rs 20 is also a matter of concern. He said that the prices of essential commodities including flour, ghee, pulses, eggs and meat had skyrocketed, which had made the lives of the poor miserable.

In his statement, issued here on Saturday, Jam Ikramullah Dharejo further said that due to incompetence of selected rulers and poor economic policies inflation and poverty have skyrocketed and suicides have risen among the poor. He said that people were suffering from psychological problems due to rising prices while unemployment was on the rise due to load shedding of gas and electricity. He was of the opinion that the federal government was not taking any notice of the current situation. On the other hand, federal ministers and spokespersons had been harping the same music.

Provincial Minister for Industries &amp; Commerce and Anti-Corruption &amp; Cooperative Department Jam Ikramullah Dharejo said that the federal government should take the nails of conscience. Fear the wrath of God. Investment has also declined due to the incompetence of the federal government. Both the public and the industrialists are worried.