* PML-N leader says PTI government, despite being in power for nearly three years, could not prove ‘even a penny’s worth of corruption’ against him and other party leaders 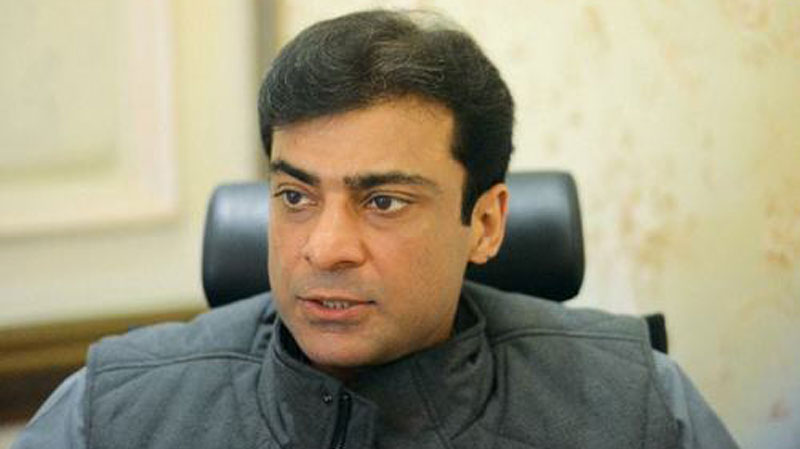 PML-N leader Hamza Shahbaz was on Saturday released after spending 20 months in jail in relation to a money laundering case. The release orders were issued by the accountability court’s duty judge Akmal Khan after the surety bonds deposited by the PML-N leader were verified, a private TV channel reported.

The PML-N had prepared well in advance for the party leader’s release, with 12 different camps set up across Lahore to welcome him. Arrangements were made to welcome the PML-N leader from Kot Lakhpat Jail and bring him back to his residence in the form of a rally. The PML-N workers carrying drums and showering rose petals danced and celebrated for hours outside the jail in anticipation of his release. PML-N Vice President Maryam Nawaz also arrived outside Kot Lakhpat Jail where she received her cousin.

Addressing the workers after his release, Hamza said the government, despite being in power for nearly three years, could not prove that the PML-N leaders were involved in ‘even a penny’s worth of corruption’. He said the government officials were ‘lying’ to the people with their claims on television of having proof against the Opposition. “They ask for cuts from [Broadsheet] officials,” he alleged.

He said that Prime Minister Imran Khan’s government had set the ‘worst example’ of seeking ‘revenge’. “They could not find anything on Rana Sanaullah, so they framed him in a drug case. The allegations levelled against the PML-N leadership are based on assumptions,” he claimed, adding that when the government ‘failed’ in proving corruption against the opposition, PM Imran Khan ‘turned his anger towards the people and hiked up prices’. “In three years, the PTI government has been fully exposed in front of the people,” he said.

Criticizing the Pakistan Tehreek-e-Insaf-led government, Hamza Shahbaz said that medicines were being provided free of cost to the patients in Shehbaz Sharif’s tenure. He lashed out at the government over the hike in wheat and petrol prices.

The Lahore High Court (LHC) had on Wednesday granted bail to Hamza in the money laundering case after a two-member bench of the court heard his bail plea. Special Prosecutor Syed Faisal Raza Bukhari had appeared on behalf of the National Accountability Bureau, while Azam Nazir Tarar and Amjad Pervez appeared on behalf of Hamza. After hearing the arguments of both parties, the court had granted bail to Hamza and ordered him to submit two surety bonds of Rs10 million each.

On June 11, 2019, the NAB had arrested Hamza after the LHC rejected his interim bail in the Ramzan Sugar Mills and money laundering cases. According to NAB, the PML-N leader made five companies from 2006 to 2009 and did business of more than Rs19 billion. On November 11, 2020, Hamza and his father Shahbaz Sharif were indicted in a money laundering reference by an accountability court.