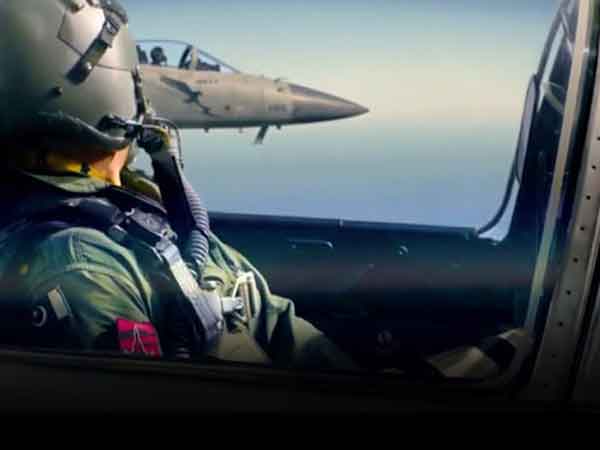 Pakistan on Saturday celebrated the second anniversary of the ‘Operation Swift Retort’ which its brave air force had launched against intruding Indian jets in Azad Jammu and Kashmir on February 27, 2019, shooting down the adversary’s aircraft and arresting a pilot.

The main ceremony was held at the Pakistan Air Force (PAF) headquarters, which was telecast live by all media channels besides airing documentaries based on the whole episode starting from the Pulwama incident to shooting down of two Indian aircraft, arrest and release of captured Indian pilot Abhinandan as a goodwill gesture by Pakistan. The television channels screened that how India showed aggression against Pakistan after the Pulwama incident, committed airspace violation and made a false claim of an airstrike. The documentaries also carried the details that how the fighter jets of Pakistan Air Force (PAF) engaged the invading aircraft of India on February 26, 2019, which fled back and dropped their payload in panic. The next day, the PAF jets not only engaged the Indian aircraft on the violation of the airspace but also downed two of them, proving the Pakistan claim correct that the response of aggression would be ‘unusual, exclusive and stunning’.

February 27, 2021, was marked as the ‘Surprise Day’ to pay tribute to the valiant Shaheens for their heroic defence of the motherland while retaliating to Indian Air Force (IAF) violation of its sovereign territories on a momentous day.

President Dr Arif Alvi said Pakistan’s desire to maintain peace in the region must not be taken as its weakness. “Will for peace is our strength, never consider it our weakness,” the President said in a tweet, saluting to the country’s valiant armed forces for making unsuccessful the Indian attempt of violating Pakistan’s airspace.

Addressing a ceremony at the Air Headquarters, Chief of Air Staff Air Chief Marshal Mujahid Anwar Khan said the PAF proved its capability of being ‘second to none’ as per the vision of the founder of Pakistan Quaid-e-Azam, during the Operation Swift Retort on February 27, 2019, besides establishing its supremacy in the air. “Thanks to Almighty Allah that the PAF had deterred the aggressor (India) who gravely miscalculated and challenged our sovereignty,” he.

A documentary was also screened on the occasion highlighting the circumstances leading to an Indian Air Force airstrike at Balakot and its subsequent rapid response by the PAF in the shape of Operation Swift Retort leaving Indian forces badly humiliated and defeated in the encounter.

Another important event of the ceremony was a spectacular fly past by two formations of PAF fighter aircraft including F-16, JF-17, F-7 and Mirage. The ceremony was rounded off with soulful performance by the young students of Fazaia School and College.

Director General Inter-Services Public Relations (DG ISPR) Major General Babar Iftikhar said February 27, 2019, was the testament that Pakistan Armed Forces, with support of the nation, would always defend the motherland against all threats.

Minister for Information and Broadcasting Senator Shibli Faraz said that February 27 was the day of pride and glory for the entire Pakistani nation. In a tweet, the minister said that the hawks of Pakistan Air Force thwarted the enemy’s evil designs and raised the head of the entire nation with pride.

Foreign Minister Shah Mehmood Qureshi said Pakistan wanted to resolve its issues with India through peaceful dialogue and desired resolution of the Kashmir dispute according to the United Nations Security Council resolutions. In a televised statement, he said, “We have to find solution to our core issues. We have to find a way through peaceful dialogue.”