‘Sleeping With the Enemy’ at 30 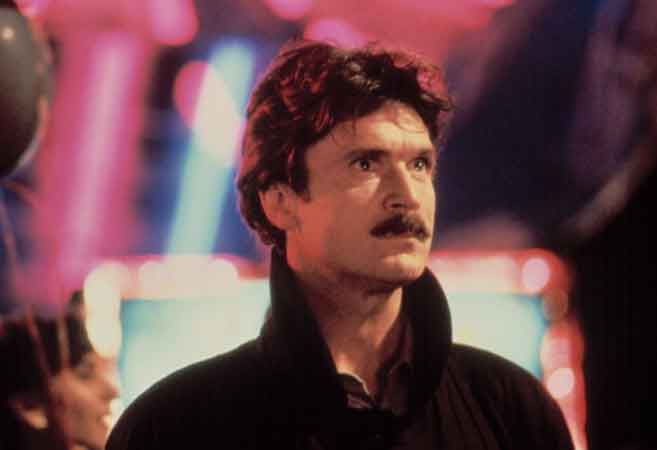 Due respect to Richard Gere and George Clooney, but Patrick Bergin is arguably Julia Roberts’s most memorable leading man. The Irish actor starred opposite the Oscar-winning actress in Sleeping With the Enemy, which premiered in theaters thirty years ago this month. At the time, Roberts had just catapulted from rising star to superstardom thanks to Pretty Woman, which became the second-highest grossing movie of 1990 just behind Ghost. But Sleeping With the Enemy couldn’t have been more different from Garry Marshall’s blockbuster rom-com: Instead of Roberts and Gere’s fairy-tale romance, the film set the modern-day standard for “marriage from hell” thrillers. Released on Feb. 8, 1991, the movie grossed over $100 million in the U.S. alone, and its success inspired a wave of imitators, including almost every Lifetime original movie ever made. “It was a breakthrough movie in many ways,” Bergin tells Yahoo Entertainment from his home in Ireland. “I think you could call it a classic thriller for sure.”

And Bergin’s intense performance as the proverbial husband from hell, Martin Burney, is one of the keys to the movie’s success. As the film begins, Martin and Laura (Roberts) seem like the picture-perfect couple: a well-off, eminently fashionable duo who reside in an architectural marvel on the sands of Cape Cod. But over the course of the first thirty minutes, screenwriter Ronald Bass and director Joseph Ruben slowly pull back from that illusion and reveal the terrifying reality of their union. Martin has been abusing Laura throughout their marriage, isolating her from the outside world to further ensure his control over her mind and body. But she’s managed to invent an escape plan, one that involves an apparent drowning during a storm at sea, followed by an unseen swim to shore and a one-way bus trip to small-town Iowa. But Martin’s reach extends beyond Laura’s “death” — he inevitably tracks her down and the stage is set for a final (fatal) encounter.

As Bergin recalls, Bass’s script had been in development at 20th Century Fox for some time as various combinations of stars came and went. “At one point, I think it was going to be Sean Connery and Kim Basinger,” he says, noting that Connery’s casting might have carried additional baggage. The Scottish superstar — who died last year — gave several interviews during the course of his career where he suggested that slapping women was “justified” in certain situations. (Connery recanted those views in a 2006 interview with The Times of London.) Once Roberts came aboard, her post-Pretty Woman star power fast-tracked it for production, and freed the filmmakers from having to cast a male co-star of equal fame. “It was better that I wasn’t a star, so to speak,” says Bergin, who was coming off a well-received performance in the Bob Rafelson movie, Mountains of the Moon. “Julia’s star was already huge, and it seemed important that Martin shouldn’t have been played by someone well-known.”

Had Connery or another A-list male star been cast, it’s probable they would have expressed concerns about playing such an unrepentantly evil character. The film notably makes no excuses or apologies for Martin’s treatment of Laura — there’s no backstory involving a traumatic childhood or another reason for why he is the way he is. In fact, Bergin specifically requested that one scene that did try to explain Martin’s psychology be dropped from the film. “When we were doing our first read-through of the script, there was a three-page monologue at the end of the movie when Martin finally catches up with Laura where I expand on all my reasons for being the way I am. I just went on and on. I told Joe, ‘I just can’t do that. I can’t keep the intensity up for this.’ And he said, ‘Well what would you say, Patrick?’ And I replied, ‘I can’t live without you, and I won’t let you live without me.’ And that became the end of the movie! I’m pretty proud of that.”

That’s not to say that Bergin didn’t think of the larger forces that shaped Martin. “In psychological terms, his main problem was that he was controlling. There’s a couple of short scenes where you see him at the office, and there he behaves like a man that’s very much in control. That can be seen as a very positive treat in a person, but he also can’t accept any competition or criticism. And that makes it hard for him to control his environment at home. He’s deeply insecure in himself, so the mere fact that Laura might look at another man is enough to send him into a spin.”

Bergin says that Ruben and Roberts also saw the value in taking a “less is more” approach to the material. “It’s a pretty minimalistic film — there are very few characters in it,” he explains. “A lot of the time Laura is alone, as is Martin. When we’d rehearse, Julia and I agreed that we wouldn’t do a lot of talking, and that’s not easy. There was one scene where we went into the same room for about a half-hour, and didn’t speak to each other. Our idea was, instead of analyzing the scene and trying to find reasons, let’s just not talk to each other and see what tension can be built up during that time. And that’s the kind of film we made really: one where all the things left unsaid are more important than the things that are said.” That approach allowed for one of the movie’s most memorable elements — the repeated visual motif of Laura straightening towels, as seeing them askew triggers Martin’s rage. “He doesn’t have to say a word: with his face, she knows. It’s about action, rather than explanation, and that really works for the film.”

On the other hand, the scenes where Martin attacks Laura did require more careful rehearsal. “Those scenes were very well-choreographed,” Bergin remembers. “We had sandbags down on the floor, and I would kick those. If you look at the film, he hits her twice: once at the beginning and again at the end. It’s not a constant barrage, but it still feels like it’s happening all the time.” Equally unsettling are the movie’s two sex scenes, the first of which is shown early on when Martin and Laura still seem like a loving couple. But the second one is shown after we’ve learned the truth about their relationship, and that knowledge instantly changes our understanding of what we’re watching.

“It’s rape,” Bergin says bluntly. “Part of the theme of the movie is how so much evil can lurk beneath the surface of what seems like a natural, healthy relationship. When Martin puts his hand on her back when he takes her to dinner that evening, The audiences feels the coldness and the control of that gesture. It has all the seeming ingredients of romance, but in fact it’s something darker. A surprising number of people have watched the film more than once because every time they watch it, they see something new in it.”

In the three decades since its release, Sleeping With the Enemy has been credited as one of the first contemporary Hollywood movies to place the issue of domestic violence front and center. In a 2016 post on Medium, writer and women’s rights activist Afsana Lachaux compared the movie to her own experience as a victim of domestic abuse. “I watched this film when it first came out and probably like many other people at the time, the major draw for me was the newly acquired A-list billing given to Julia Roberts following the success of Pretty Woman,” she writes, noting that the film’s emphasis on Martin’s controlling ways spotlight an important aspect of abusers. “The insidious nature of what we now recognise as coercive controlling behaviour is the abusers weapon of choice and is just as damaging as physical abuse.” And a 2006 story that appeared in the Stephenville Empire-Tribune, interviewed a domestic violence victim who identified so strongly with the movie that she asked to be referred to as “Laura Burney.”

For his part, Bergin says that he’s frequently been invited to speak to domestic violence organizations in Ireland. “The film really does highlight the insidious nature of domestic violence. That controlling thing that goes on in couples can be very, very disturbing and tends to cause great mental health issues for a lot of people.” He’s also observed how the film has been used as the template for such subsequent movies as the 2002 Jennifer Lopez film, Enough, and 2015’s The Perfect Guy, starring Sanaa Lathan. “I read somewhere recently they were thinking of doing a remake of it,” Bergin says. “Maybe they could — but it won’t be as good as ours, will it?”