Blacklisting by FATF no longer a possibility 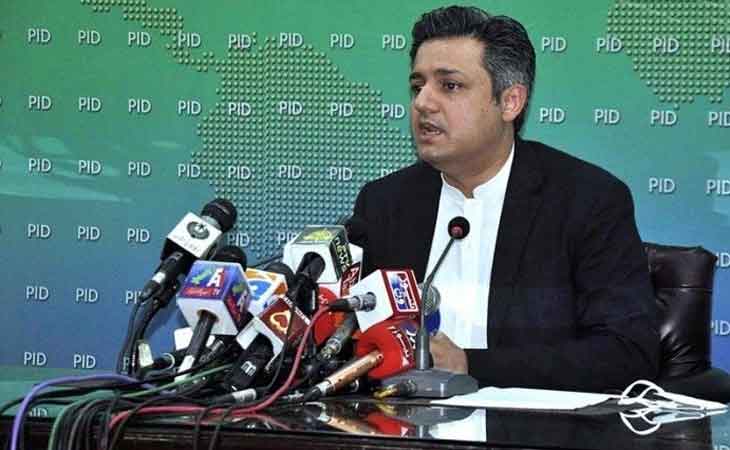 Pakistan has completely avoided blacklisting by the Financial Action Task Force (FATF) and will come out of grey list in coming June, as it has made significant progress on the historically toughest action plan in a very challenging time amid Covid-19 pandemic, Federal Minister for Industries Hammad Azhar said on Friday.

Hammad Azhar, who led Pakistan’s delegation in the FATF Plenary, told a press conference that initially when the action plan was given in 2018, the country’s focus was on avoiding blacklisting, which he said will have caused negative effects on country by creating negative sentiments. He said that the FATF timelines were tough and the plan given to Pakistan was world’s toughest action plan, but Pakistan successfully did it as was admitted by FATF countries and FATF Secretariat. “During the last plenary, FATF countries and the FATF Secretariat said that blacklisting was not an option for Pakistan because it had made significant progress,” he remarked.

Secondly, the minister said, Pakistan had target to complete the 27-point action plan, on which significant progress has been made, adding that the financial systems have even gone ahead of international standards. He said the FATF also admitted that around 90 per cent progress was achieved by Pakistan.

He said Pakistan made progress across all action plan items and has now largely addressed 24 of the 27 action items, adding that the considerable progress has also been made on the remaining three points, which will also be completed by June to completely get the country out of grey list. He said that Pakistan had an option not to report during Covid-19 pandemic as was opted by some countries, however, it continued the exercise and got the positive outcome.

The minister lauded the ‘whole government approach’ in this matter which he said resulted in this success. He said that Pakistan is perhaps the only country in the world that was under the FATF’s dual scrutiny as the Mutual Evaluation Report (MER) process was also going on simultaneously.

To a question he said, India tried to politicize the issue at FATF forum to push Pakistan towards blacklisting, but it miserably failed and got exposed itself. As far as India’s own issues are concerned on terror financing and non-state actors, they are getting exposed for involvement in terror financing in Pakistan and Afghanistan to destabilize country’s economy, he added.

To a question, the minister said that FATF was safeguarding world economies and like Pakistan other countries including European countries were also included in grey list for streamline their affairs.

Meanwhile, Foreign Minister Shah Mahmood Qureshi said India has badly failed in its nefarious designs to get Pakistan blacklisted in the FATF. The foreign minister, in a statement, said the Indian government was using the issue of FATF against Pakistan for political gains. He said Pakistan’s efforts were reflective of the fact that it was serious in taking actions against terror-financing and money-laundering.

He said the FATF acknowledged Pakistan’s implementation of 24 out of 27 points, expressing the confidence that progress on the three points would be fully made by June. He said 13 countries appreciated Pakistan’s efforts in the meeting of FATF.

It is pertinent to mention here that FATF in its virtual plenary meeting held from February 22 to February 25 appreciated Pakistan for the significant progress made on the entire action plan, admitting that the country had made progress across all action plan items and has now largely addressed 24 out of the 27 action items. The FATF also acknowledged the continued high-level political commitment of Pakistan to combat terrorist financing, which according to FATF statement, has led to significant progress across a comprehensive countering financing of terrorism plan. Pakistan has undertaken enormous work to strengthen its Anti-Money Laundering/Combating the Financing of Terrorism (AML/CFT) regime and address the strategic counter-terrorist financing related deficiencies.

It was the fourth extension that Pakistan has managed to secure due to significant progress that it made during the last almost one-and-a-half years. Pakistan had been put on the grey list with effect from June 2018 and got 15 months’ time to implement a 27-point action plan.

Pakistan has been placed on the grey list three times during past 12 years. It has sustained a staggering $38 billion in economic losses due to the FATF’s decision to place the country on its grey list since 2008, says a new research paper published by an independent think-tank, Tabadlab.