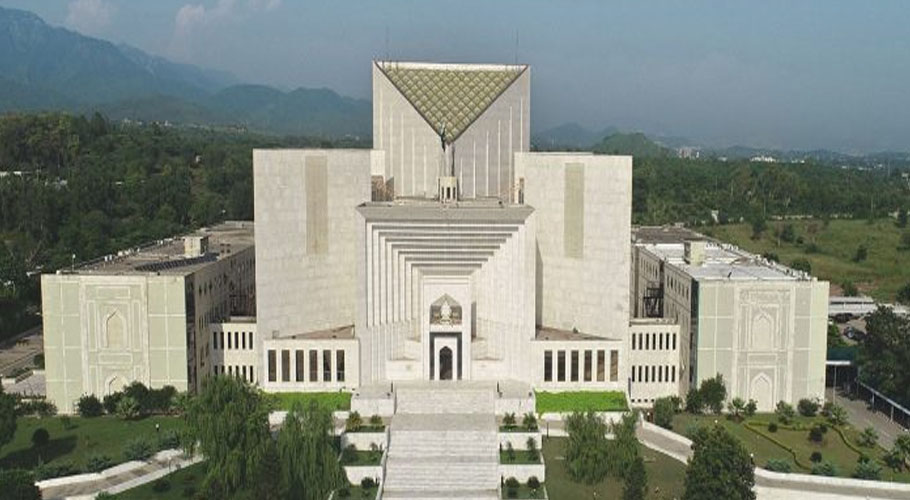 A three-member bench of the Supreme Court (SC) on Friday stopped the authorities from demolishing the chambers of lawyers in Islamabad.

A three-member bench headed by Chief Justice Gulzar Ahmed heard the petition against demolition of lawyers’ chambers in Islamabad. The top court accepted the appeal of the Islamabad Bar Council for hearing and asked authorities to stop further action till next hearing. During the hearing, a large number of lawyers gathered around the rostrum, which irked the chief justice. He remarked that the court will not get pressurised through such tactics. He maintained that the lawyers who want to practice law will have to establish their own offices as it does not suit them to grab public spots.

CJP remarked that lawyers’ chambers are imagined as their personal property though they are given on lease by the bar associations. “Who has given you the power to build chambers on public land? Nowhere in the country chambers are built in grounds,” he remarked. Justice Sayyed Mazahar Ali Akbar Naqvi maintained that five acres of land has been allocated for lawyers’ chambers. Shoaib Shaheen Advocate said that the land allocated for chambers is under the administrative control of the Islamabad High Court. The chief justice remarked that lawyers should not compromise on their honour and respect. He said judges consider themselves as part of lawyers too. However, the lawyers should also analyse their speeches against the courts. There is no justification for establishing chambers in public places, he maintained, adding that the lawyers should give respect to the institution of judiciary.

After issuing notice to attorney general and advocate general Islamabad, the apex court adjourned the hearing till March 2.