* Attempt to strike deep inside Pakistan following a false flag operation in Pulwama on Feb 14, 2019, established military and technological superiority of PAF 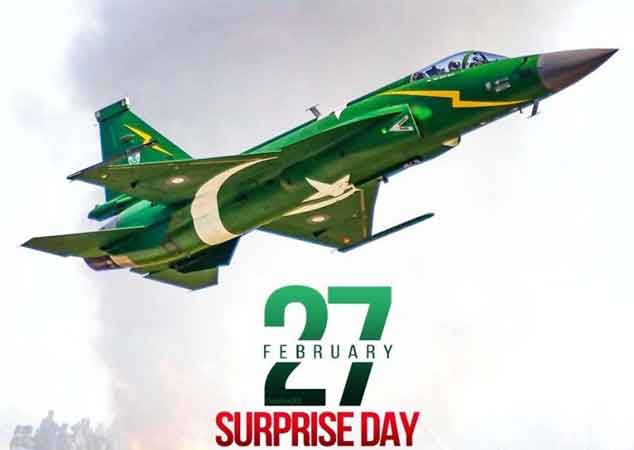 With two aircraft down, one pilot captured alive – “Operation Bandar” – the Balakot strike – failed to achieve not only its objectives but also exposed to the world the inherent weaknesses of a nuclear-armed India.

The botched attempt to strike deep inside Pakistan following a false flag operation at Pulwama on Feb 14, 2019, established the military and technological superiority of the Pakistan Air Force and shattered to pieces the myth of Indian military might.

The Indian authorities code-named the attack on Balakot as “Operation Bandar” to minimize the chances of leaking the news. The word “Bandar” was chosen because monkeys enjoy a sacred place in the Hindu religion and this refers to a tale in the religious myths of Hinduism where Hanuman (a deity who shows resemblance to the monkey) secretly entered Lanka and burned it to the ground. This name was chosen – to enter Pakistan secretly and burn it to the ground.

The Indian Air Force launched an aerial strike near ‘Balakot’ On Feb 26, 2019, targeting a religious seminary that India described as a militant camp, and claimed killing more than 300 terrorists but without sharing any shred of evidence to corroborate the claims.

“India has committed uncalled for aggression to which Pakistan shall respond at the time and place of its choosing…Armed Forces and the people of Pakistan to remain prepared for all eventualities,” Pakistan Prime Minister Imran Khan said following the attack.

The Indian strike struck a hillside, killing one crow and damaging pine trees, on which Prime Minister Imran Khan has repeatedly said that he was very hurt, as trees were very close to his heart.

Military attaches and foreign media also later visited the site and also went to the nearby madrassa of local village children, who were lucky enough to escape the Indian recklessness.

India claimed that its air force had managed to kill more than 300 terrorists while Pakistan but several international observers negated the claim as there were no casualties and the bombs had clearly missed the target, which infact was not a terrorist camp, but an ordinary religious school, for the village children.

In response, Pakistan Air Force launched a counter-strike on Feb 27, 2019, intended primarily to demonstrate Pakistan’s resolve and carefully crafted it to avoid casualties on the ground.

India claimed that one of its Mig-21s shot down Pakistan’s F-16 aircraft which was also refuted by an influential Foreign Policy magazine based on the interviews with the US Department of Defence (DoD) officials who verified that no F-16 was missing from the Pakistani inventory.

While the Indian so-called surgical strike was being touted by India as a great success and declared as a ‘new norm’, but on the other hand, India’s senior leadership blamed the failure on the non-availability of aircraft like Rafale, which according to them would have changed the outcome of Balakot crisis.

Pakistan’s response was intended to deter war and establish nuclear deterrence, the success of which could be gauged by the fact that India could not move up the escalation ladder and backed down.

Pakistan has credible conventional responses designed to meet different contingencies – which are now known as the policy of ‘Quid Pro Quo Plus.’ This has not only reinforced the credibility of Pakistan’s nuclear deterrence but has also helped restore confidence in conventional deterrence.

After experiencing humiliation at the hands of PAF in Feb 2019, India has gone on an arms and ammunition shopping spree.

The impact of the same was observed in Laddakh were a larger force – China established its superiority and controlled the full spectrum of the conflict. The Chinese had calculated the morale and response capability of the Indian military beforehand – taking a clue from the Feb 27 incident. At the end of the day, India stood embarrassed by a smaller force – Pakistan and was left paralyzed by a larger country- China, all within the span of a year.