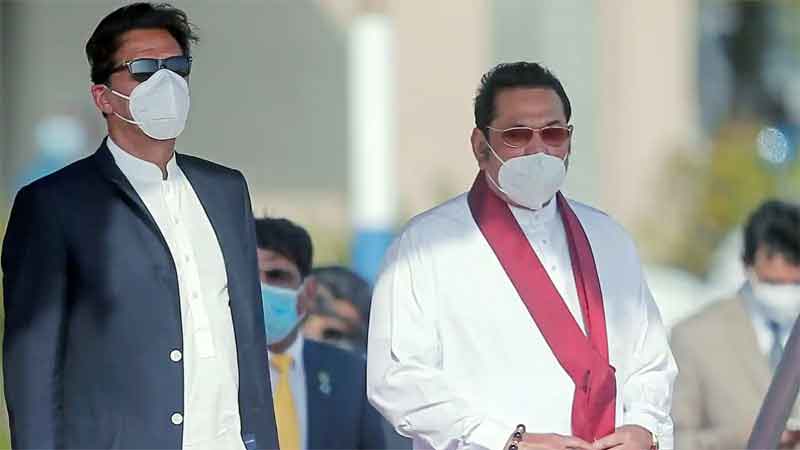 Sri Lanka on Friday ended forced cremations of people who have died of coronavirus, after visiting Pakistani Prime Minister Imran Khan urged Colombo to respect the funeral rites of the island’s minority Muslims.

The government first banned burials in April over concerns — which experts said were baseless — by influential Buddhist monks that the practice could contaminate groundwater and spread the virus.

The policy was decried by members of the South Asian nation’s Muslim community who constitute 10 percent of the 21 million population. While health minister Pavithra Wanniarachchi did not give a reason in her announcement reversing the ban, official sources said Khan had raised the subject with both President Gotabaya Rajapaksa and Prime Minister Mahinda Rajapaksa during his trip earlier this week. Dozens of demonstrators had used Khan’s visit as an opportunity to call attention to the Sri Lankan government’s disregard for Islamic burial customs and carried a mock coffin. In response to the policy change, Khan thanked his Sri Lankan counterparts. “I… welcome the Sri Lankan govt’s official notification allowing the burial option for those dying of Covid 19,” he said on Twitter. The 57-member Organisation of Islamic Cooperation had also raised the forced cremation policy at the United Nations in Geneva this week. Traditionally, Muslims bury their dead facing Mecca. Sri Lanka’s majority Buddhists, who are strong backers of the current government, are typically cremated, as are Hindus. In December, authorities ordered the cremation of at least 19 Muslim Covid-19 victims, including a baby, after their families refused to claim the bodies from a hospital morgue.