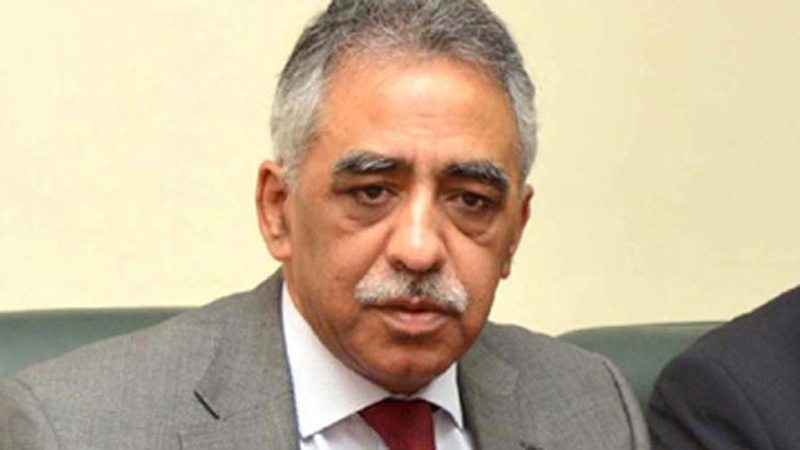 PML-N spokesperson Muhammad Zubair on Friday cast aspersions on PTI’s choice of Minister for Finance Abdul Hafeez Sheikh as their candidate for Senate elections. Sheikh was given a ticket by PTI on the general seat for Islamabad and his nomination papers have been approved by the Election Commission of Pakistan.

He is not a member of the parliament and was previously appointed as Adviser to Prime Minister Imran Khan on Finance; he was appointed as Minister for Finance in December last year.

six months unless he is a member of one of the houses of parliament. This is why he must become a Senator this March so he can continue as finance minister after June.

“PTI MNAs should look into who Hafeez Sheikh even is,” Zubair said, while addressing a press conference in Islamabad.

He claimed that all of Hafeez’s assets are abroad and that he is not even a member of the PTI.

“Hafeez Sheikh is not a member of the PTI. He did not fill the membership form. The day the PTI government ends, Hafeez Sheikh will leave the country,” Zubair claimed.

Zubair derisively said that if the car that Hafeez Sheikh travels in “does not have an official flag on it then the politician does not even wish to stay in Pakistan”.

He said that rather than PML-N being probed and criticised for the debt situation Pakistan is in, the PTI should be investigated as it is they who have “borrowed the most”, claiming that his party has a complete record of the loans obtained.

The PML-N spokesperson also demanded to know why Prime Minister Imran Khan, despite the passage of two-and-a-half years had not yet provided any answers for the failure of the Results Transmission System in the 2018 general elections.