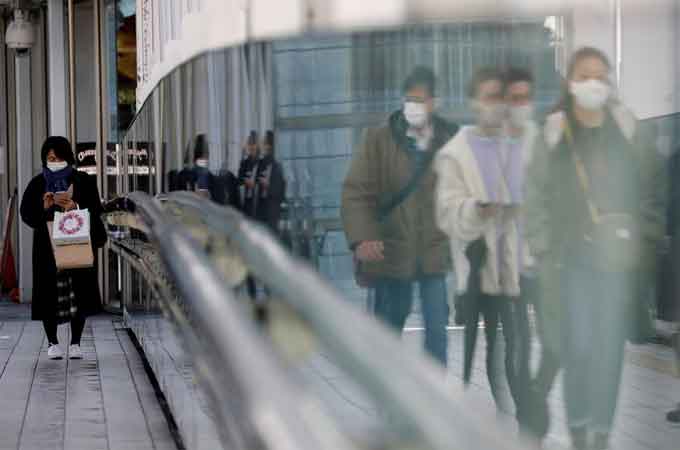 The Japanese government is looking to end a state of emergency in all but Tokyo and three neighbouring prefectures at the end of this month, a week earlier than scheduled, the minister in charge of coronavirus countermeasures said on Friday. Emergency coronavirus measures will be removed in Osaka, Kyoto, Hyogo, Aichi, Gifu and Fukuoka prefectures if an advisory panel approves the government’s proposal. Japan placed 11 of its 47 prefectures under a state of emergency in January as a third wave of the Covid-19 pandemic swept the nation. One of those prefectures, Tochigi, has already emerged early from the emergency restrictions. Under emergency measures, Japan asks bars and restaurants to close by 8 p.m. and companies to strive for more telecommuting. It also suspended a popular “Go To Travel” subsidised domestic tourism programme. Coronavirus infections have fallen significantly since peaking in early January, including in the capital, Tokyo, which is due to host the Summer Olympic Games from late July. The government is hoping to lift the state of emergency in the remaining four prefectures as planned on March 7. “We are at a stage where we cannot let the state of emergency drag on in the Greater Tokyo metropolitan area,” Economy Minister Yasutoshi Nishimura, who oversees the government’s coronavirus response, said at the start of the meeting with the advisory panel.