Akin to Fanon, Che Guevara could not help experiencing a revolutionary character among the Cuban farmers. During the armed struggle against the Batista regime, the support of the July 26 movement came from the so-called ‘guajiros’, the most oppressed stratum among the Afro-Cuban peasantry, and he did not fail to recognize their help. “The guerrilla”, he said, “is supported by the peasant and worker-masses of the region and of the whole territory in which it acts. Without these prerequisites, guerrilla warfare is not possible”. The final victory of the Cuban revolution, however, was materialized by the combined efforts of guerrilla fighters and the urban working class including the students. “The revolutionary movement he founded”, Che’s biographer Lee Anderson says, “existed all over Cuba whether the members were engaged in combat or not. As a rule of thumb, guerrilla movements cannot succeed unless this kind of mass movement has had a prior existence”.

After the oppression of Kuomintang forces and the liquidation of the urban revolutionary movement, Mao and other revolutionaries of the Communist Party decided to move their struggle to the rural areas of the country. One of the leading architects of Maoism Lin Biao said: “It must be emphasized that Comrade Mao Tse-tung’s theory of the establishment of rural revolutionary base areas and the encirclement of the cities from the countryside is of outstanding and universal practical importance for the present revolutionary struggles of all the oppressed nations and peoples, and particularly for the revolutionary struggles of the oppressed nations and peoples in Asia, Africa and Latin America against imperialism and its lackeys”. The ‘Long March’ finally brought the revolution home. Was it a bourgeois revolution with proletarian duties, as Rosa stated about the Russian revolution, or a proletarian revolution with bourgeois duties? The time and objective historical conditions decided its fate.

The onslaught of neoliberalism is unhindered, the Goldman Sachs is winning. Capitalism is preparing to expand from horizontally to vertically, and the involvement of multinationals will be the first but decisive step towards it

The Iranian revolution was an urban-rural uprising but in the presence of a predominantly large peasantry, Shah’s White revolution instead of turning into a red revolution culminated into an Islamic revolution, a restoration of the former order. Despite changing its character later, to begin with, the “Khomeini phenomenon” Professor Aijaz Ahmed states “constituted a historic break in the consciousness of the Muslim world, i.e., a vast revolution with the objective of dissociating the political ideology of Islam from its monarchical, politically reactionary, pro-imperialist, feudal grid which had been constructed/preserved as part of the colonial enterprise in our part of the world”. Failure to alter the property relations turned the revolution on its head. It became a revolt that brought the most obscurantist type of religious ideology to the fore.

For the Marxists, Fanon’s view on the revolutionary role of peasantry comes with a pinch of salt. Peasants for Marx are nothing more than a petty bourgeoisie, the force of the status quo if not an all-out counter-revolutionary force. However, the world has since seen the Chinese and Vietnamese revolutions led by the peasantry with little or no urban support. The massive catastrophic destruction inflicted by imperialism in collaboration with the local ruling class had ruined the infrastructure of both the countries and hence the material base to lay down a socialist transformation of the society. Marx was not wrong. Both countries needed primitive accumulation or accumulation through dispossession to rebuild their states and so far, they have ended up building state-capitalism in the name of socialism. The old order, no doubt had consumed its potential to develop the productive forces but in the absence of a successful revolution elsewhere won by the proletariat of the world and lack of material conditions, those societies were incapable of transforming their relations beyond the stage of capitalism and are hampered in their course of entering the realm of socialism to become free, historic, and liberated societies. The era of necessity and not of freedom prevails.

In India, despite the workers’ support, the farmers’ uprising has remained limited to Punjab, Haryana, and parts of Uttar Pradesh. Yet it cannot be cast aside with a shrug of a neoliberal shoulder. In Gramscian sense, the uprising is a ‘war of position’ and if Gandhism in Gramsci’s view was a “naïve theorization of passive revolution with religious overtones” (Gramsci, Prison Notebooks), this upsurge so far has much in common with the Gandhian movement but with a difference: the farmers are unarmed, peaceful but rebellious and spontaneous. The ‘war of position’ can turn into a ‘war of manoeuvre’, though at present for the lack of an organized political party of workers, it has a slim chance of becoming one. Depth of class-consciousness, farmer-worker alliance, and their will to overthrow the decadence will turn the movement into an organic one sparing it from the ‘conjectural’ one. If the subjective force fails to hold its fort for long the passive revolution may end up in restoration, but with definite repercussions: its tremors will be felt not only in India but across the border where recently the farmers have gotten rid of the biggest expropriator, the army, illegally occupying state land in Okara.

The only concern, for now, is the prolongation of the struggle, the status quo desired by the ruling class. “A resistance too long prolonged… is demoralizing in itself. It implies suffering, fatigue, loss of rest, illness and continual presence not of the acute danger which tempers but of the chronic danger which destroys” (Marx, Eastern Question). But in The Eighteenth Brumaire, the more sanguine Marx reveals the stormy but short-lived duration of bourgeois upsurges and the initial paltriness of proletarian revolutions: they lose all the battles before they win the last, the decisive one. Nevertheless, to reach their ultimate destiny of freedom without necessity the farmers have to build a counter-hegemonic historical block with workers while simultaneously believing in Walter Benjamin’s warning that “even the dead will not be saved from the enemy if he wins. And this enemy has not ceased to be victorious”. The onslaught of neoliberalism is unhindered, the Goldman Sachs is winning. Capitalism is preparing to expand from horizontally to vertically, and the involvement of multinationals will be the first but decisive step towards it. It is time to unite the ranks with all the progressive forces especially with the workers. Defeat is part of the struggle. We have tasted its flavor on several occasions. “Where would we be today without those defeats”, Rosa inquires, “from which we have drawn historical experience, knowledge, power [and] idealism”. People “can be suppressed, forgotten, and even vanish. But it cannot be denied that something… survives” (Adorno) and that something is subversive.

The author is a Pakistani-Australian writer, columnist, and an academic. He can be reached at saulatnagi@hotmail.com 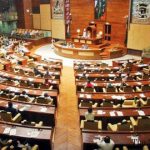