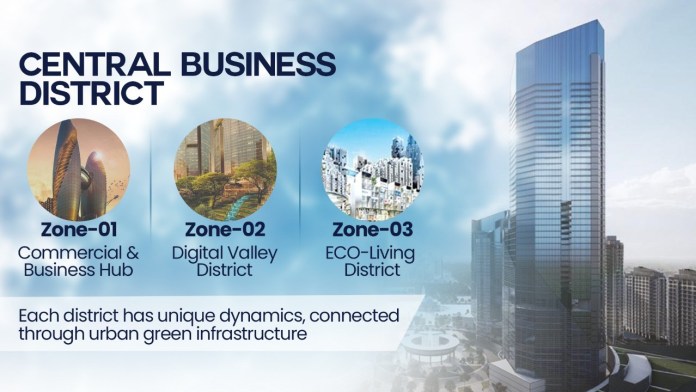 The concept will plan activities in accordance with the market requirements and as per the unique dynamics of each district.

Addressing at the foundation-laying ceremony, the Prime Minister said the project would touch the trading volume of Rs 6,000 billion with its first phase of Commercial and Business Hub to generate activities worth Rs 1,300 billion.

“With huge tenders involved, this project will witness a major take off in short span of time and also transform Lahore into a modern city,” he said.

The Prime Minister said the environment-friendly and urban generation project will be carried out on vertical principles with construction of high-rise buildings.

He regretted that earlier, lack of planning resulted in haphazard expansion of big cities like Lahore and Karachi that became unmanageable with time.

He stressed that vertical construction was the effective-most solution for the management of big cities in order to accommodate maximum population.