Hammad Azhar assures that Pakistan will not be blacklisted by FATF 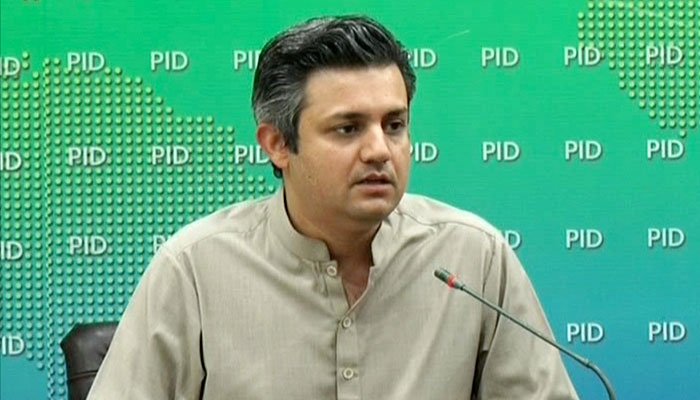 As Financial Action Task Force (FATF) announced Pakistan’s unmoving position on its grey list for another four months, Minister for Industries Hammad Azhar said being blacklisted is out of question.

Addressing a press conference in Islamabad, he said that Pakistan achieved its targets despite the tight timelines and FATF’s challenging action plan.

“At the previous plenary, FATF countries and the FATF secretariat said that blacklisting was not an option because the country has achieved significant progress,” said Azhar, who is the chairman of the FATF Coordination Committee.

The FATF had accepted that Pakistan completed 90 per cent work of its action plan and there was no option to place the country on its blacklist, said the minister.

The federal minister said that the government will carry out the implementation of the remaining points. Pakistan has successfully overcome the challenges and those making conspiracies to push the country to the FATF blacklist have failed again.

Hammad Azhar added that a dual action plan is being heard by FATF for Pakistan as a 2017 action plan was also being implemented. He said that Pakistan has timely formulated the rules and the implementation work of the FATF action plan will be completed by June this year.

Pakistan will continue to stay on the FATF’s grey list for another four months, until June for three out of 27 unmet action plan targets on anti-money laundering and combating financing terror (AML/CFT).

Pakistan has delivered on 24 of the total 27 agenda point of FAFT which it said is laudable. It has worked on countering terrorism financing a great deal, said the watchdog, adding the law enforcement agencies in the country have duly pointed to all attempts at terrorism financing.

The watchdog had further noted Pakistan not only barred the movement of all the listed men in the global list of terrorists but also kept a check on their accounts and channels.

FATF is likely to hold its next session in June later this year.