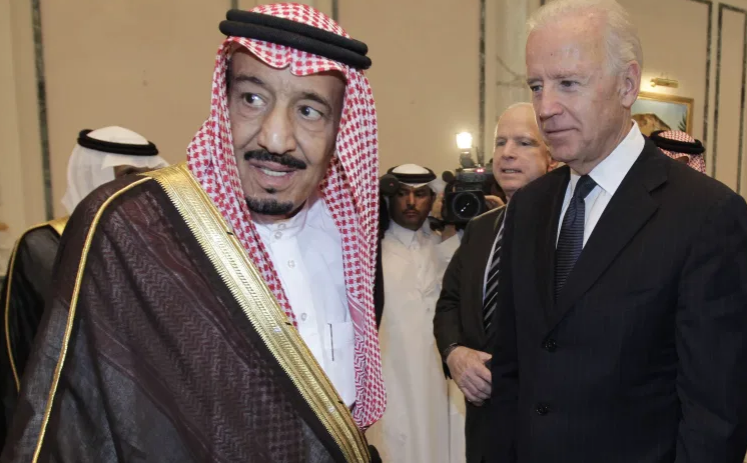 United States President Joe Biden spoke to Saudi Arabia’s King Salman bin Abdel-Aziz Al Saud on Thursday for the first time since taking office as the US prepares to release a report about the 2018 murder of Saudi journalist Jamal Khashoggi.

The publication of the report is a part of Joe Biden’s policy to realign ties with long-term ally Saudi Arabia and take a much tougher stance than his precursor Trump on certain Saudi positions.

“We’ve made clear from the beginning that we are going to recalibrate our relationship with Saudi Arabia,” said White House spokeswoman, Jen Psaki.

New administration has already made some major policy changes in that regard, with President Biden ending US support for offensive operations by the Saudi-led coalition fighting in Yemen, and freezing arms sales to the kingdom.

Biden emphasized the US commitment to assure Saudi Arabia security from threats from Iran and discussed renewed diplomatic efforts to end the war in Yemen, the White House said in a statement released by the communications office.

Biden and the Saudi king addressed “the longstanding partnership between the United States and Saudi Arabia” and the “US commitment to help Saudi Arabia defend its territory as it faces attacks from Iranian-aligned groups”, the White House readout of the call said.

“The President noted positively the recent release of several Saudi-American activists and Ms Loujain al-Hathloul from custody, and affirmed the importance, the United States places on universal human rights and the rule of law,” the White House said.

In the call with the Saudi king, Biden pledged to “work to make the bilateral relationship as strong and transparent as possible”, the White House said.