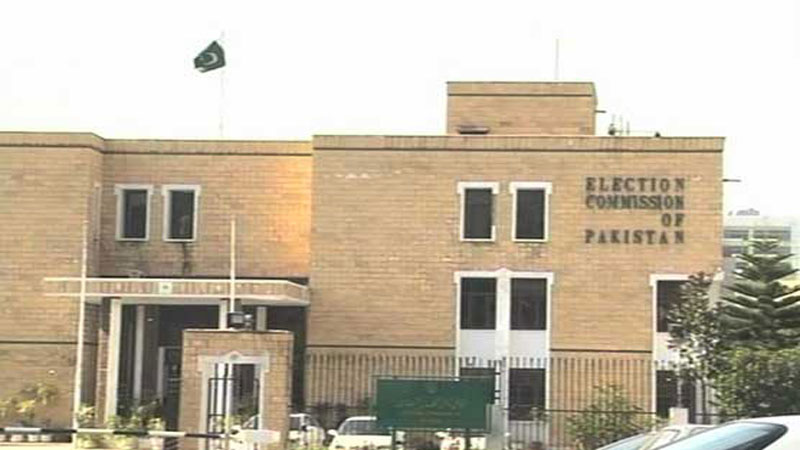 The Election Commission of Pakistan (ECP) on Thursday declared by-polls held in the NA-75 Sialkot-IV constituency null and void, and issued an order for re-polling in the entire constituency on March 18.

“The Election Commission will conduct an inquiry against all these officers or will ask the federal or provincial government to conduct an investigation against them, a matter which will be decided later,” the statement concluded.

The order was issued using the powers conferred on the ECP under Article 218 (3) of the Constitution and Article 19 (1) of the Election Act, 2017. A detailed verdict will be issued later.

In the short order declaring the election void, Chief Election Commissioner Sikandar Sultan Raja said after the arguments heard and record perused, the ECP has come to the conclusion that ‘the election in the subject constituency has not been conducted honestly, justly, fairly and in a transparent manner’.

“From the perusal of available record produced by the parties, the returning officer, as well as collected by the commission through different sources, we have come to the conclusion that a conducive environment was not available for the candidates and voters of the constituency and the election in the subject constituency has not been conducted honestly, justly, fairly and in a transparent manner,” it read.

“Incidents of murders, firing and injuries, bad law and order situation in the subject constituency [created] harassment for voters and other circumstances leading to make the process of results doubtful/unascertainable,” the ECP order noted. “This commission in the exercise of powers under Article 218(3) of the Constitution read with section 9(1) of the Elections Act, 2017, declares the poll held on 19.02.21 in the subject constituency (NA-78, Sialkot-IV) as void and orders fresh poll/re-poll in the entire constituency on 18th March 2021,” it added.

Earlier during the hearing on Thursday, PTI lawyer Barrister Ali Zafar addressed the ‘disappearance’ of the staff of 20 polling stations in the constituency and said that it was “not right to say that a delay in results means they were altered”. “The manner of delay can give rise to suspicion [that] results were altered,” ECP’s Sindh member responded. Barrister Zafar pointed out that there was no set time for presiding officers to report at the returning officer’s office. He further said that phone batteries die after an entire day of usage. “Did everyone’s phone battery die, including the driver’s?” asked ECP’s Khyber Pakhutnkhwa member Irshad Qaiser.

The PTI lawyer insisted that the RO had requested a re-election in 14 polling stations on the “basis of speculation”. He added that there was no controversy in 337 out of 360 polling stations and that an “attempt was made to prove a rigging conspiracy”. According to the lawyer, the late arrival of a presiding officer was “not an illegal thing [on the basis of] which a re-election should be conducted”.

Meanwhile, PML-N lawyer Salman Akram Raja demanded a forensic audit of votes cast in the 20 polling stations whose results are questionable. Barrister Zafar said that it “would have been better if presiding officers announced the results”, adding that a tribunal could have been approached after the outcome was announced. It was the tribunal’s job to conduct the inquiry, not that of the ECP, he said. He also pointed out that none of the presiding officers had talked about being kidnapped or falsifying results. The PTI lawyer further said that the commission will first have to declare that the presiding officers are lying.

Meanwhile, the PTI said that their legal team would review the detailed order and decide the future course of action accordingly. Speaking to media outside the ECP office, Minister for Information Shibli Faraz said the PTI accepts the order. “PTI wants to keep the institutions independent. Our legal team would review the order and make recommendations to the party,” he said.