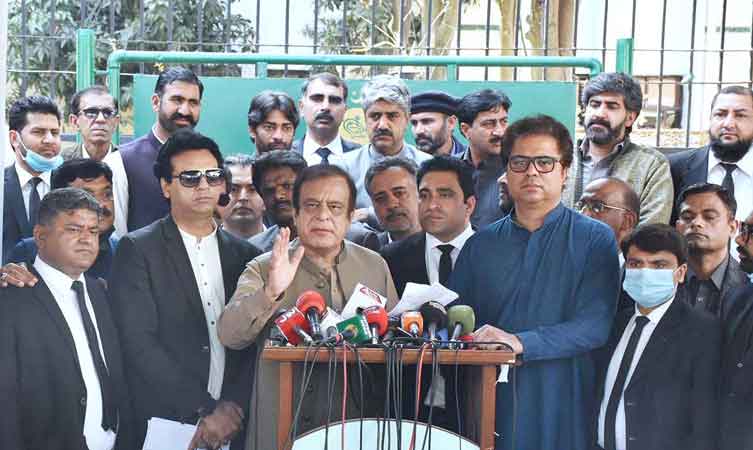 The ruling PTI has decided to appeal the Election Commission of Pakistan’s order for fresh elections in the NA-75 Sialkot-IV constituency.

In a tweet following the verdict by the Commission, Chief Minister Punjab’s aide on information Firdous Ashiq Awan said that the party has certain reservations about the Election Commission’s decision regarding the Daska by-polls. PTI candidate Ali Asjad Malhi will ‘exercise his legal right’ and file the appeal against ECP’s decision, she said. “We will approach the Supreme Court and appeal the decision. The people of Daska decided in PTI’s favour. It is incomprehensible that a victorious candidate be prevented from representing his constituency,” Awan said.

Meanwhile, Minister for Information and Broadcasting Senator Shibli Faraz Thursday said it is a matter of pride for the Pakistan Tehreek-e-Insaf (PTI) that today the state institutions are free and independent. “We respect the decisions of institutions. We are trying to hold elections on whose transparency no one can point a finger,” he said while talking to media persons along with PTI leader Usman Dar after the Election Commission Pakistan announced its order for re-polling in the NA-75 Daska. The ECP has issued a short order and the PTI will review the legal options in consultation with its legal team, he added.

The present government, he said, had the means and resources at its disposal to pressure the institutions, but it had never done so. On the contrary, the previous regimes of Pakistan Muslim League-Nawaz (PML-N) and other parties promoted the electoral rigging and money laundering. Their politics was based on the two menaces as firstly, rigging was done in every election held during their tenure, and secondly, money was used for horse trading, he added.

Shibli Faraz said the opposition parties considered those decisions correct which were in their favour, and when the same institutions, be it the Election Commission or the courts, ruled against them, they did not accept them. They had a mindset of not accepting any loss at the hustings, and the PTI had defeated that mindset and would continue to do so, he added.

“More important to us is the independence of institutions, we want promotion of democratic norms for the development and prosperity of the country,” he said.

The minister said the PML-N had always engaged in ‘politics of money and bullying’, right from Chhanga Manga till now. “They had destroyed institutions and weakened democracy. They knew what Rana Sanaullah, Ahsan Iqbal and Javed Latif were doing in Daska. If we had to do rigging, we could have done it in Wazirabad,” he added. Shibli Faraz said the PML-N first called for re-polling at 20 polling stations (of Daska) and then changed its stance, but the PTI would abide by the decisions of institutions. The minister said Prime Minister Imran Khan wanted to make the Senate elections transparent and non-controversial. Similarly, the government would also fulfill the purpose of electronic voting to ensure transparency in the general election. He said in the old Pakistan a few families and elites used to enjoy perks and privileges that ruined the country, and under the leadership of Imran Khan, such evil forces would be defeated.

Shibli Faraz said that PML-N has become an expert in the art of manipulating the election results during the past many decades. The history was witness that the PML-N has always won elections on the basis of bullying, rigging and electoral fraud, he said Shibli Faraz said PTI has approached the Supreme Court for bringing transparency in the election and ending use of money, violence and sale and purchase of loyalties in the electoral process. Talking to the media outside here the Supreme Court, the minister said the government would accept the opinion of the apex court on the reference “The opposition wanted continuation of the ‘sale and purchase’ of votes in the election whereas the PTI was committed to end such malpractices,” he added.