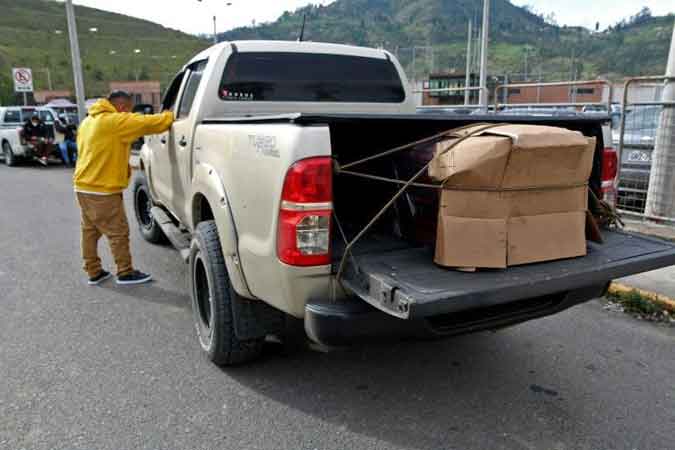 The body count from simultaneous riots at four prisons in Ecuador rose to 79 Wednesday as family members arrived to claim the remains of loved ones killed in hours of full-out gang warfare that left inmates decapitated and burnt.

The extent of the violence, described as an “unprecedented massacre” by Ecuador’s human rights ombudsman, exposed the power of prison gangs and shocked the South American nation of 17 million people now looking for answers.

Updating the toll from Tuesday’s violent uprising, the SNAI prison authority said it had retaken control of the four targeted prisons, which jointly hold more than two-thirds of the country’s inmate population.

The military had to be deployed to help quell the uprising.

The SNAI said 37 prisoners had died at two jails in the western port city of Guayaquil, 34 at a prison in Cuenca in the south, and eight in the central Andean town of Latacunga.

Several more were injured, as were a number of police officials.

Among the first on the scene was Rolando, who came to collect the body of a family member, but said he had been trying unsuccessfully for hours to get information out of police and soldiers guarding the jail.

“Nobody tells us anything, nobody wants to inform us or give us the names of those who are dead,” said the 45-year-old who declined to provide his family name. Digna Pacho, 63, said she had travelled 14 hours by bus to fetch the remains of her son. Christened Jacson, to her he was “Nato”.

Pacho said she wanted to bury her son at home in the northern coastal city of Esmeraldas, hundreds of kilometers away in a place much warmer than the freezing plains around Cuenca. “My son was serving a sentence of 35 years. He was accused of killing someone in a revolt in Esmeraldas,” she told AFP, sitting trembling on the sidewalk, waiting.

“I just want them to give me Jacson’s body and I’ll go back to Esmeraldas.”

According to the SNAI, no wardens or police were killed in Tuesday’s seemingly orchestrated uprisings.

“I never saw a situation like yesterday,” said Ana Arpi, who has run a food store near the prison’s main entrance for nine years.

Relatives had arrived in the morning to visit family members, “but they fled in terror because they were also going to be killed. Everything was crazy,” she said.

President Lenin Moreno has since ordered the defense ministry to “exercise strict control of arms, munitions and explosives” at the country’s prisons.