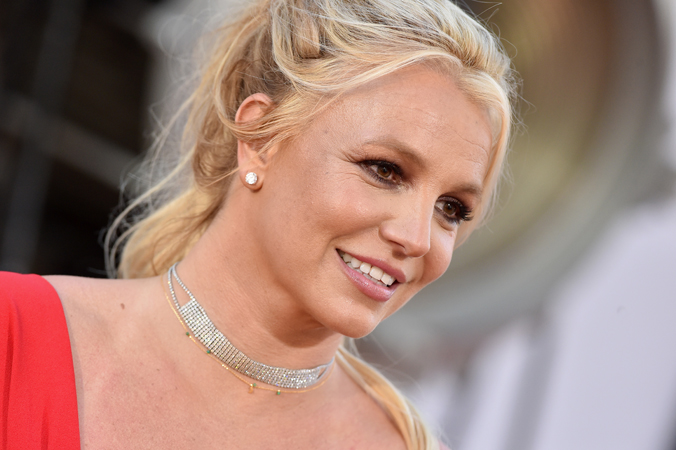 Britney Spears is sharing a fundamental tip that has helped her feel healthier. The 39-year-old pop star, who is known for constantly staying active and showing off her complicated dance moves, posted a new Instagram video on Tuesday, Feb. 23 that featured her fancy footwork to Otis Redding’s “The Dock of the Bay.” In the caption, she explained why she may look “a little different” than she did in a video she had posted a few days prior.

“The last video that I posted of me dancing was from months ago,” the singer wrote, “hence why my body looks a little different in this new video !!!!”

Earlier this month, Britney shared a light-hearted message about wanting to adhere to “the ice cream diet.” In her new post, she clarified that, alas, she decided not to give it a try after all.

“No I didn’t follow through with the ice cream diet,” she wrote, adding a laughing and ice cream cone emoji. “I chose portion control which is very hard when it comes to Doritos!!!!! On a positive note my body does feel way better now!!!!”

‘The last video that I posted of me dancing was from months ago,’ the singer wrote, ‘hence why my body looks a little different in this new video !!!!’

Britney’s supporters are typically known for sending plenty of love to her via social media, and this has only increased since the Feb. 5 debut of Framing Britney Spears. The searing FX documentary spotlighted the performer having lived under the conservatorship of father Jamie Spears since 2008.

“Freedom is near girlfriend!!” one fan commented on the post, referencing the growing #FreeBritney movement. “We love you!!!”

Another wrote, “Do your thing beautiful. Don’t bother explaining you are amazing.” A different individual shared, “Go on girl!! We got you.”

We’re all for anything that Britney wants to do to make herself feel healthy. But if it were us getting in all that cardio from the dance moves, we’d definitely make sure our lifestyle included some Doritos.