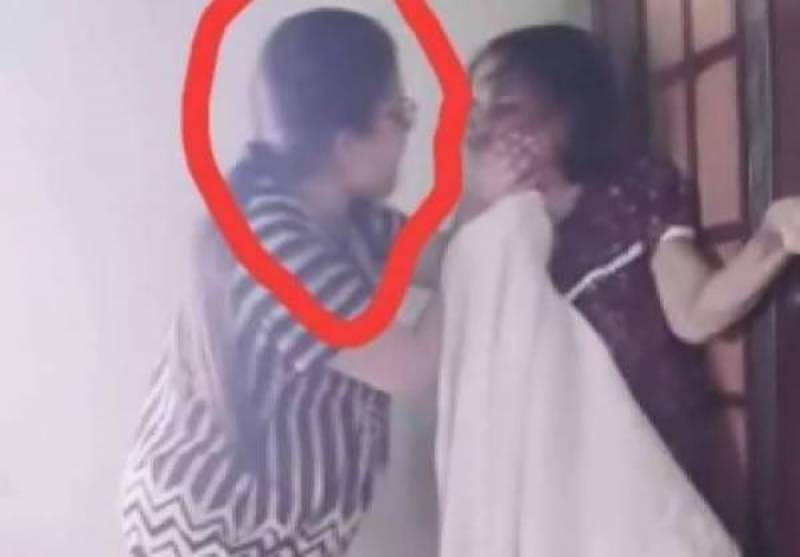 The woman who has been identified as Afshan, was arrested after her husband, Ghulam Nabi filed a complaint against her. The complainant stated in the FIR that he had married Afshan some seven years ago and had a five-year-old son. Nabi said his mother was 70 years old and he had hired a caretaker for her.

He accused his wife of torturing his 70-year-old mother Razia.

“I didn’t have any idea about what was happening with my mother in my absence,” Nabi said in the FIR.

“When I found the bruises on my mother’s body and asked my wife about them, she always told me that the marks were because of illnesses”, he added.

He said that the caretaker informed him about what his wife had been doing with his mother in his absence. The caretaker woman also recorded a video in her mobile phone showing how the complainant’s wife was torturing her elderly mother-in-law.

The caretaker told Nabi that Afshan’s mother Bilquis used to instigate her to beat up his mother. According to the complainant, the caretaker also told him that Afshan and her mother were also planning to kill him with a knife.

Afshan was arrested and found guilty during the investigation. Later, she was sent to jail after being produced before a court. Afshan’s mother was also nominated in the FIR but she obtained bail before she could be arrested.