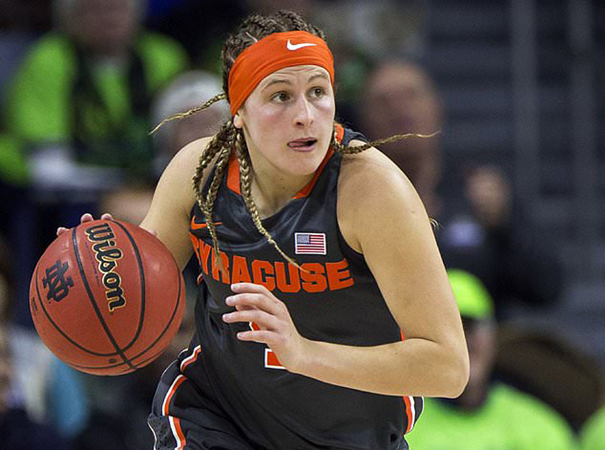 Sydney: In spite of everything that’s been thrown her way, the smile of Syracuse point guard Tiana Mangakahia and her effervescent persona remain as infectious as ever in the waning weeks of her final season in college. It’s in her DNA.

Text messages, social media posts, live interviews via Zoom, Twitter and the like have marked her remarkable journey back from breast cancer, sort of a season-long farewell that’s touched the 25-year-old Australian star.

“I was on Instagram live and younger girls are commenting, `You´re such an inspiration.’ It’s so nice to know that,” Mangakahia said. “It just means so much to them. It’s nice to know that I can give back to the community and give back to young girls that were there for me, messaging me, sending me letters when I was at the lowest point.”

That was in June 2019 when Mangakahia was diagnosed with breast cancer. She missed the entire 2019-20 season after a bilateral mastectomy and several rounds of chemotherapy, but became a fixture on the bench as a coach of sorts.

A two-time Nancy Lieberman Award finalist as the top Division I point guard in the country, Mangakahia was granted a waiver by the NCAA to play an extra year and made her return in late November at Stony Brook. Her first competitive game in 615 days was a triumph – a game-high 16 points with seven rebounds and three assists. “I don´t think there´s a scale for her toughness, because what she´s doing takes a lot of toughness, takes a lot of will,” Orange coach Quentin Hillsman said.