Parliament to decide mode of voting in Senate poll: SC 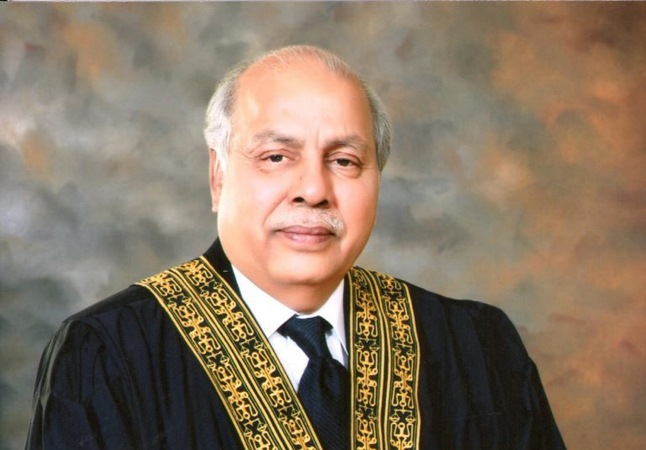 Chief Justice Gulzar Ahmed on Wednesday said that the parliament is the forum which has to decide the method of voting for Senate elections, including the degree of secrecy to be allowed.

The chief justice observed that matters related to ballot secrecy have been left to the parliament and will be decided by it. “We are not the parliament and neither can we reduce its authority,” he said, adding that the Supreme Court will only respond to the questions asked in the presidential reference on the matter. “If the constitution says there must be secret balloting, then that’s the end of the matter,” he said. “The Supreme Court is not a substitute for the parliament,” he said, adding that every state institution has to operate within its limits. “We will not take matters the parliament is authorised to carry out into our own hands,” he said.

The chief justice noted that the Supreme Court needs to only answer three questions:

n Does Article 226 of the constitution apply to Senate elections or not?

n Could there be a single transferable vote in the Senate election through proportional representation or not?

n Under Article 226 of the constitution, are all elections held by secret ballot or not?

The chief justice said that besides these, all matters must be deliberated in parliament, including which method of voting to implement.

Continuing his arguments, PPP’s Raza Rabbani took the position that the election of the Senate is held only under Article 226. The Supreme Court of Ireland has also ruled that the identity of the vote cannot be revealed and that no one can be forced to reveal the vote, he added.

Justice Ijaz ul Ahsan observed that Rabbani’s arguments are applicable to elections for NA seats which has a system of ‘free votes’ that ensures the voters’ independence. “[The word] free has not been used for Senate polls so it is not necessary to have secret ballots [in its election,” he remarked, adding that if the concept of proportional representation was kept in mind, then there was no need to keep the votes secret. He asked Rabbani whether he would consider it correct if the parliament passed legislation on holding Senate elections through open ballot.

The chief justice remarked that in a democracy, decisions are made by the party, not the leadership. “No one can enforce his decisions from above. The decisions of the parties should also be made in a democratic manner. The constitution mentions parties and not personalities,” he added.

After the completion of Raza Rabbani’s arguments, Farooq H Naik said that Senate elections are held under the constitution and not the law. “Interference in secret voting is also a crime according to law. Elections are held by secret ballot, with all MPAs voting in their individual capacity. Party line is not mandatory for Senate elections,” he added.

Barrister Zafarullah of PML-N in his arguments said that representation of elections is possible only through secret ballot. “If secret ballot is abolished, it will be a blow to democracy. The secret ballot was discussed during the preparation of the Elections Act. Every political party, including the PTI, supported the secret ballot at that time. Interpretation of Article 226 of the constitution is possible in the context of history only,” he added.

Barrister Salahuddin on behalf of the Sindh High Court Bar Association said in his arguments that all the references filed till date were on any constitutional crisis. “There is no constitutional crisis in the present situation. In the past, the government tried to shift its political responsibility to the court,” he opined, adding that an amendment bill on open balloting has been pending in parliament. He said arguments made by Attorney General Khalid Jawed Khan were not based on what the constitution is, rather on what it should be.

The chief justice remarked that the law ‘never has a void’. “When any law is abolished, the one that was in place before it, becomes the law,” he added.

“We will individually listen to all those who are party to the case on Thursday,” the chief justice said, and adjourned the case till Thursday (today).