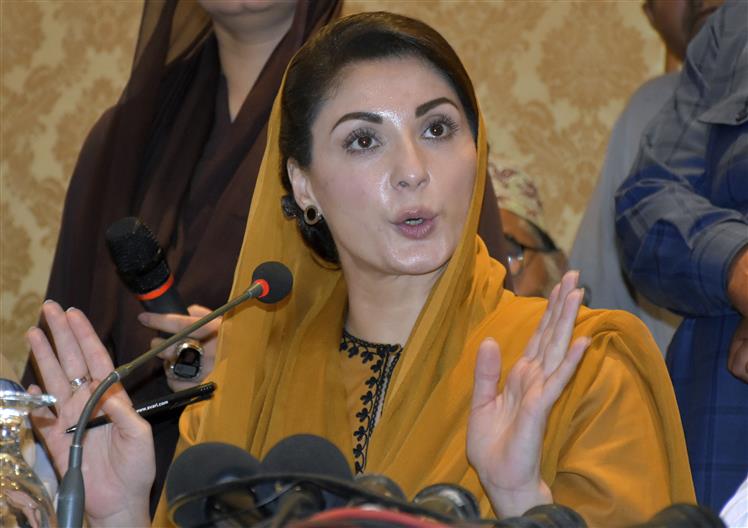 Addressing media in Lahore, Maryam said the PML-N has submitted a petition to the Election Commission of Pakistan (ECP), demanding a re-election in the entire NA-75 constituency instead of 20 polling stations. “How can we accept polling in just 20 polling stations,” she asked. “We want re-elections in the all of Daska, given the extent of the vote theft,” she stated.

She accused the ruling PTI of being involved in ‘very disciplined rigging’, adding that voters had been ‘harassed’ in order to discourage them from voting. She said that the assertions that the alleged rigging was done on a local level were not true. “Agencies, which come under Imran Khan were involved [in the rigging],” she claimed, and warned that she will “expose the names” if the government does not come clean. The PML-N leader also asked the Election Commission of Pakistan to take adequate steps to ensure that such sort of ‘vote theft’ does not take place again.

Maryam said that the matter of open balloting in Senate polls is strictly concerned with parliament and the Supreme Court should neither become party to it nor support the government’s ‘sinking ship’. “The dual standards of justice are a stain on the top court’s integrity,” she said. “If the Supreme Court provides any relief to the government, then it will be a unilateral decision.” she said. “We will continue to expose the government over dragging the top court in its vested designs,” she added.

The by-election in the NA-75 constituency was marred by violence after two people were killed and three others injured in a firing incident at a polling station in Daska.