Protection of life and property of citizens top priority: IGP 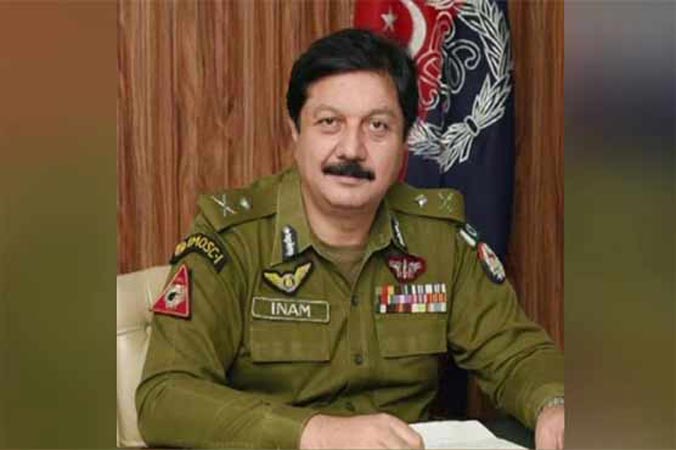 Inspector General of Police Punjab Inam Ghani has said that protection of life and property of citizens as well as timely redressal of problems faced by them is among the top priorities of Punjab Police.

He said no effort should be spared to solve the problems of the citizens by ensuring timely action on all the applications. He further said that the process of processing the applications received from PMDU should be expedited and each application should be resolved within the stipulated timeline while in case of delay in resolving the issue, the applicant should be informed of all the proceedings so that they remain aware of the progress made on their application.

He stressed that while talking to the applicants, the issues faced by them should be addressed with good manners and tolerance and no application should be lodged without satisfying the citizens and bringing it to the notice of the competent officer. He further said that for further improvement in service delivery, the suggestions received from the citizens should also be taken into consideration while paying special attention to the grievance redressal and monitoring process to improve the feedback of the citizens. He expressed these views at the Central Police Office today giving instructions to the officers while presiding over the meeting related to the affairs of Prime Minister Performance Delivery Unit (PMDU). During the meeting, the applications received from PMDU and the steps being taken to address them were reviewed.

AIG Inquiries/Complaints Ibadat Nisar gave a briefing on the applications received, on which IG Punjab gave instructions and said that there should be no delay in resolution of applications received by the citizens within given stipulated time frame and those responsible for delaying the proceedings should also be held accountable so that the process of redressal of applications through fast track processing could be expedited. He further said that special attention should be paid to the monitoring process to further improve the performance so that after the registration of cases, the stages of investigation could be completed as soon as possible and the problems of the citizens could be resolved on priority basis.

He urged that follow-up of all applications received by call, SMS, e-mail and post should be ensured in all cases and the concerned officers should ensure timely resolution of the problems of the people with personal interest. He added that there should be no delay in taking departmental action against those officers and officials who do not take the complaints of citizens seriously. The meeting was also attended by Additional IG Establishment Azhar Hameed Khokhar, Additional IG Logistics and Procurement Ali Amir Malik, DIG Welfare, Agha Yousuf and AIG Inquiries/Complaints Ibadat Nisar among other officers.