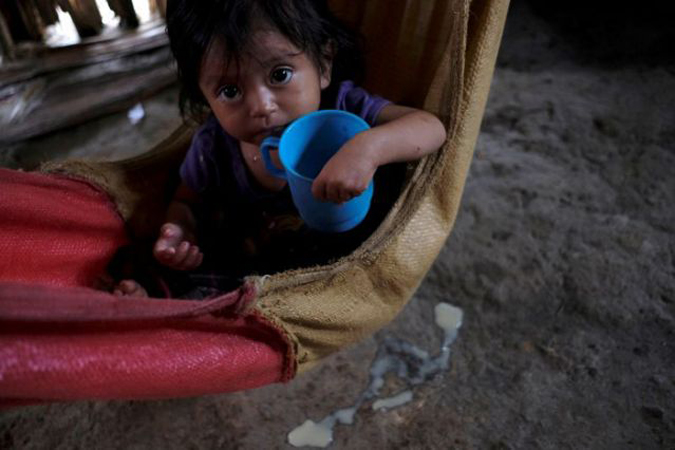 The number of people going hungry in El Salvador, Guatemala, Honduras and Nicaragua has nearly quadrupled in the last two years, the United Nations said on Tuesday, as Central America has been battered by an economic crisis. New data released by the UN’s World Food Program (WFP) showed nearly 8 million people across the four countries are experiencing hunger this year, up from 2.2 million in 2018. “The Covid-19-induced economic crisis had already put food on the market shelves out of reach for the most vulnerable people when the twin hurricanes Eta and Iota battered them further,” Miguel Barreto, WFP Regional Director for Latin America and the Caribbean, said in a statement. He was referring to two hurricanes that hit Central America in November. “We’re eating the little food that people give to us,” said Marina Rosado, 70, who along with her son and grandchildren lives along a boulevard in the Honduran city of Lima that was inundated by flooding last year. The storms that destroyed their home were the latest blow pushing the family further into hunger, Rosado said, after pandemic-related restrictions limited their ability to collect bottles and cans in the streets to sell to recycling companies. Hunger is particularly bad in the “Dry Corridor” that runs through Central America, where climate change has exacerbated drought in recent years. The WFP also noted that 15% of those surveyed by the organization in January 2021 said that they were making concrete plans to migrate – nearly double the percentage in 2018.