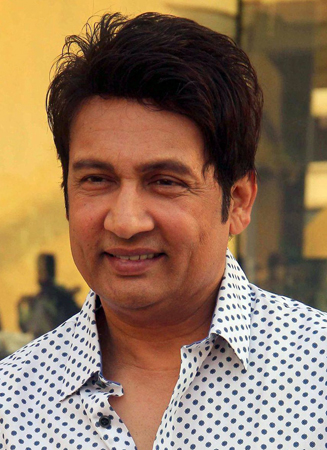 Shekhar Suman recently became a target for trolls after he shared some inside photos of his lavish house.

The actor wrote with one of the photos, “My home has a And my is at my home.” Shekhar also shared a photo of a chessboard.

While many fans posted their desire to visit Suman’s house once, a person asked how did he afford a house this lavish. “Itne paise aaya kahaan se (Where did so much money come from),” he asked the actor. Replying to the question, Shekhar said, “Mehnat se. imaandaari se. lagan se (From hard work, honesty and diligence).”

To emphasise his point, he also shared a news story in which he has been compared to Amitabh Bachchan, and said that he enjoyed similar stardom in the TV industry. “Ab samajh mein aaya (Do you understand now)?” he wrote. “Though he doesn’t divulge his fee, it is rumoured that he gets six times more money than other successful television stars,” the news report read.

A fan posted, “Wow !! @shekhar jee, am spellbound! From the chest to the flowers,from the table to the fenestra , from chandelier to the lightings…. every thing with a majestic touch!! Wish, I could meet u some day and feel the divinity of ur place… or rather palace!!?.” In reply, the actor wrote, “Anytime Shikha..thx for the compliment.”

One of the fans also remembered how popular the actor was in 90s and early 2000s but always remained humble. Suman also tweeted, “Characterize ppl by their actions and you will never be fooled by their words.”

Shekhar Suman, who has been an actor, anchor, producer, director, and also a singer, was also in the news recently when he decided to bat for Sushant Singh Rajput’s family.