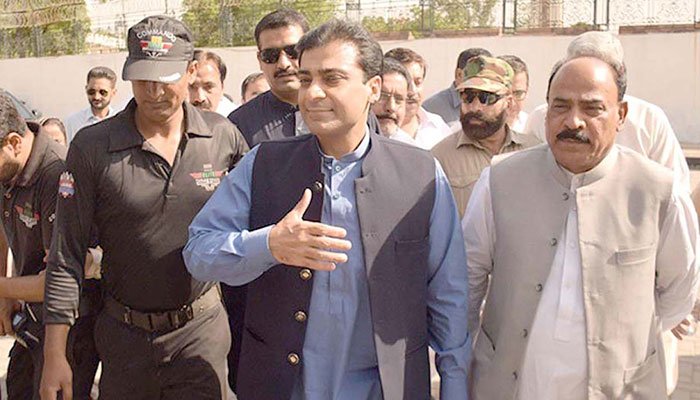 While announcing the verdict on Hamza’s plea after hearing arguments of both sides, the two-member bench of LHC has directed to release the Pakistan Muslim League-Nawaz (PML-N) leader from the Kot Lakhpat Jail.

Hamza Shahbaz has been granted bail over two surety bonds of Rs one crore each.

After hearing the arguments of both parties, the court granted bail to Hamza and ordered him to submit two surety bonds of Rs10 million each.

On June 11, 2019, NAB had arrested Hamza after the LHC rejected his interim bail in the Ramzan Sugar Mills and money laundering cases.

Arguing against the bail plea of ​​Hamza Shahbaz, the NAB prosecutor said that Hamza Shahbaz had set up an integrated network for money laundering.

The court asked if you had the details of the people whose names were used.

The NAB prosecutor said that those in whose name fake TTs were affixed should be held accountable in court.

Hamza Shahbaz’s lawyer said that the court has to look into the delay, reference was filed 14 months after the arrest of Hamza Shahbaz, indictment was filed 17 months later, statements of 8 witnesses have been recorded If Shahbaz is acquitted, will the NAB give an account of it? The NAB prosecutor said that the investigation takes time.