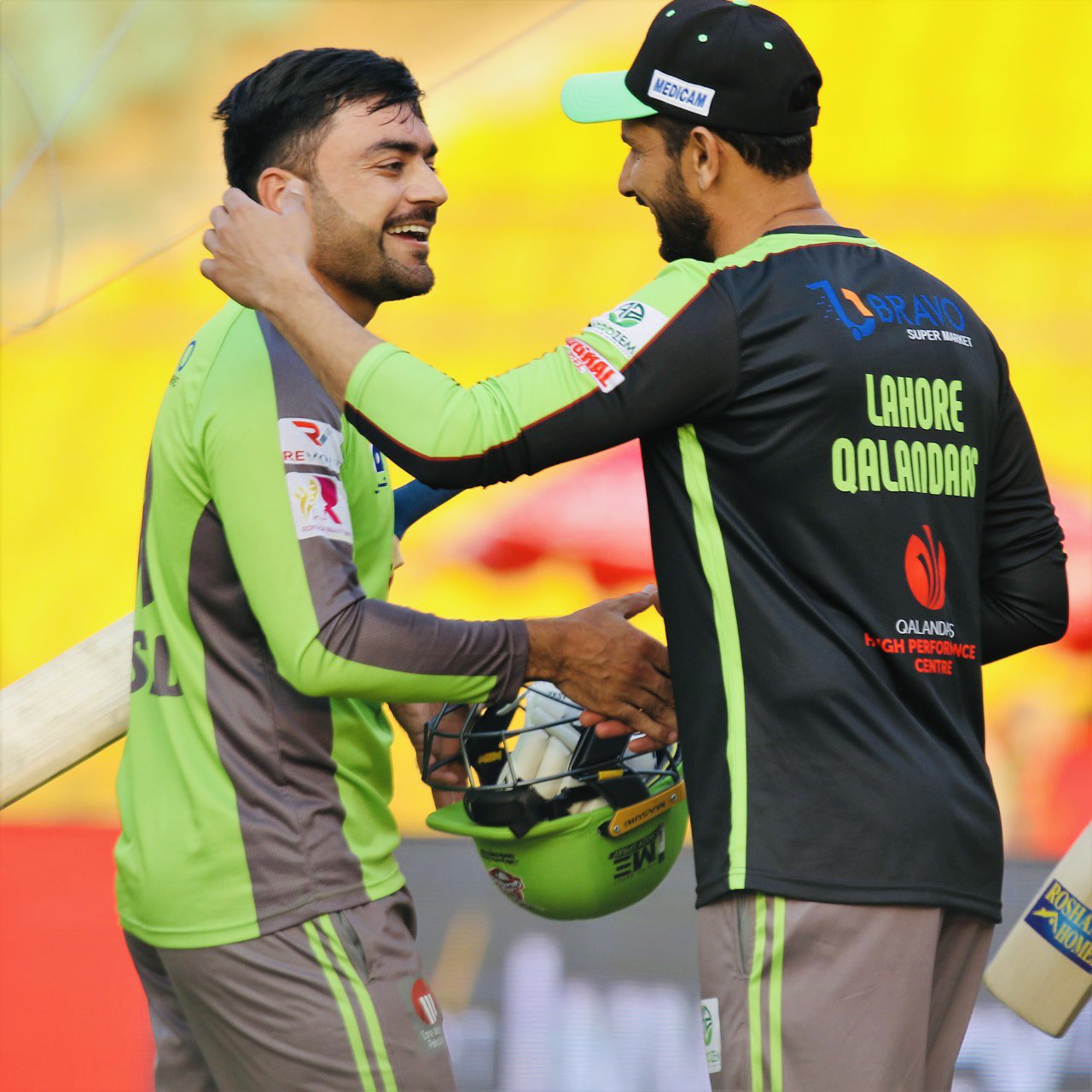 Rashid Khan thanked the Lahore Qalandars management and fans while departing for national duty leaving PSL. The Afghanistan star made appearance in just two PSL games for Lahore Qalandars. During his short stay the star leg spinner made an impact towards his team’s victories.

He took it to Twitter thanking the Lahore Qalandars management and the fans for all the love. “To soon to leave PSL, but have to attend national duty” said Khan in his tweet. “Inshallah see you next year,” he further added. Thanking the team management and fans for the support, Rashid hoped to be available next year for the Pakistan Super League.

Too soon leaving @thePSLt20 But have to attend National duty 🇦🇫 . Thank you @lahoreqalandars and to all the fans for the great support and love .INSHALLAH see you next year . 👍👍 pic.twitter.com/ar6TJ1c0jc

Lahore Qalandars Manager and COO Sameen Rana thanked the Afghani player for his services to the team, calling him a “true Qalandar”.

“Thank you Rashid Khan for all your efforts and contributions. You are not only a great player but also a wonderful person. You are a true Qalandar for life wish you all the best for upcoming series against Zimbabwe,” said Rana.

Rashid was only able to play the opening two games for the Lahore Qalandars.

His departure was, however, expected after he was named in Afghanistan’s squad for the two Test series they will be playing against Zimbabwe from March 2.