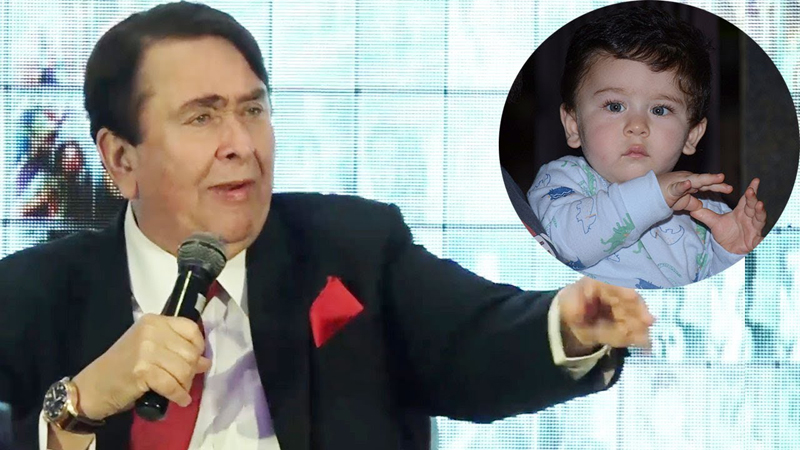 “Mujhe toh saare bachche ek jaise lagte hain (I think all babies look alike),” Randhir said. He later added, “Well, they were all saying there that he looks like his elder brother Taimur.”

Saif and Kareena’s friends and family took to social media to congratulate the couple with adorable posts and Instagram stories.

Kareena’s elder sister, actor Karisma Kapoor shared a throwback photo on her Instagram account, of the time when Kareena was a baby. In the photo, Karisma can be seen standing next to her father Randhir Kapoor, who is holding baby Kareena in his arms. Karisma captioned her photo as, “That’s my sis when she was a new born and now she’s a mama once again !! And I’m a masi again so excited.”

Actors Kareena Kapoor Khan and Saif Ali Khan welcomed their second baby on February 21 at Breach Candy Hospital, Mumbai. The couple has yet not shared a glimpse of the newborn or revealed his name.