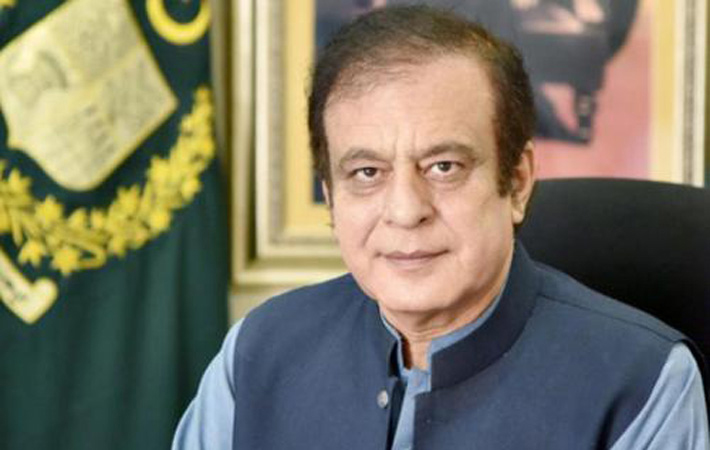 Minister for Information and Broadcasting Senator Shibli Faraz said on Monday that Sindh government had arrested Opposition Leader in Sindh Assembly Haleem Adil Sheikh on political grounds to victimize him for exposing its corruption and inefficiency.

Addressing a press conference here, he demanded immediate release of Haleem Adil and said that inefficient and corrupt Sindh government had politicized the institution by induction of its own people in the department. He said that the main opposition parties had the network of criminals which they use for both business interests and politics. He said that the in recent Tharparkar bye-elections, the Pakistan Tehrik-e-Insaf workers were harassed and intimidated by misusing the government institutions. He said that arrest of the Haleem Adil was also an effort to influence the upcoming Senate elections.

He said that the plight of Sindh province was a proof of inefficiency and corruption of the government and Haleem Adil was the person who had been exposing the Sindh government’s corruption. The minister said if an elected member and leader of the opposition is not safe in Sindh, one could image how would be the situation with the common man. Asif Zardari used to claim that there were no political prisoners during the PPP rule but this was the worst example of political victimization, he remarked.

The minister said that the Sindh government was protecting the interests of only one class whereas the poor people especially in the rural areas were facing great hardships and even they did not benefit from the slogan of “Roti, Kapra aur Makan”. He said despite having no majority, the PPP was claiming that its candidate would win which was in a sense confession of indulgence in the horse trading. He said Imran Khan had the principled stance since past over two decades, that neither the economy, nor democracy or society’s ethical values could improve without ending the role of money in politics. The minister said that politics of bullying, violence and terrorism could not be called democracy.

Replying to the questions of the media persons, he said PTI did not believe in give and take in politics and when the opposition parties were asked to explain the sources of their assets, they cry foul and claim they were being victimized.

He said that that the PML-N had believed in politics violence and terror whereas the PTI had a political struggle and it had accepted the results of the bye elections. He said that PML-N leader Shahid Khaqan Abbasi had said last month that now elections would be held on gun point and they had proved that by firing on the PTI workers in Daska. He said that the opposition had strange approach if they win they say elections were fair, if they lose they are rigged. The PTI was fully committed to make the elections process fair and transparent by changing the culture of horse trading, bullying and harassment, he said.